The Con is On”
White Collar is a crime/mystery television series that premiered on October 23, 2009, on the USA Network. The series stars Matt Bomer as Neal Caffrey, a former con-man, forger and thief, and Tim DeKay as FBI agent Peter Burke. The pair form an unlikely partnership as they work together to apprehend white collar criminals. The series also stars Willie Garson as Mozzie, an old friend of Neal's who occasionally aids the FBI in their investigations; Tiffani Thiessen as Elizabeth Burke, Peter's ever-faithful wife; and Marsha Thomason and Sharif Atkins as agents Diana Berrigan and Clinton Jones, respectively. Natalie Morales appeared in the first season as agent Lauren Cruz. Hilarie Burton was introduced in the second season as Sara Ellis, a love interest for Neal. She joined the main cast at the beginning of the third season.
Every season takes a new turn which makes this series breath-taking and killer!
Season 4 is the latest season added to the WC (white collar)series where the main question ringing in everybody’s mind is... ‘Where is Neal?’ Will Peter face problems if Neal can’t return to work with the FBI are answered in the fourth season. Every episode of this season gives an even better reason to eagerly wait for the next episode. Matt Bomer has done an excellent job portraying as Neal Caffery.
Tiffani Theissen commented on her character El. Burke “I've always thought that she is the voice of reason and that plays greatly into the show. She is definitely the middle person between Peter and Neal at times when they are butting heads, she definitely bridges the gaps”
I personally think WC is a really very interesting tv series and must be given a try! 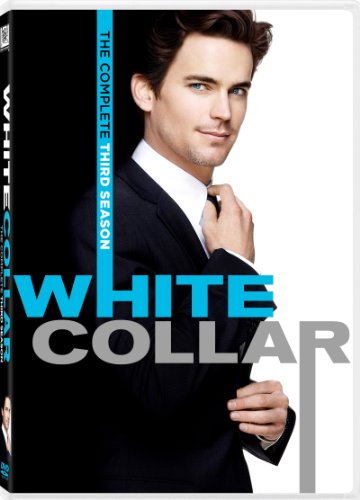 Favorite Quote:
"I like storms. They let me know that even the sky screams sometimes." -Unknown

View profile
I think I might start watching this show now!! I would only have you take a look at two things. One, punctuation and grammar (but that should be something you always check before you post anyways). You had a few periods where there should have been qestion marks and you're missing some commas. Little things, you know. And two, your overall article is very informational and interesting, but your sentance structure could be better. Try using a thesaurus to swap out some boring words for more--for want of a better word-- "snazzy" terms. Ex. "I personally think WC is a really interesting tv series and might be given a try!" could be changed to, "Personally, I think WC is a thrilling TV series, and should be checked out by fans of action-drama shows as soon as possible!" It's longer, but it's more like the "IN YOUR FACE YOU SHOULD TRY THIS" style that people respond to. Hope I've given you what you wanted! Thanks for reading my POI article!!