The popular Nickelodeon ­sitcom “Victorious” was created by Dan Schneider, the producer of “iCarly” and “Drake and Josh.” This show tells the story of Tori Vega (Victoria Justice), a teenager who is accepted into Hollywood Arts, a performing arts high school. There she meets other performers.

I was especially interested in this show because I attend a performing arts high school and was eager to compare it to my own experience. I soon realized that although there are a few similarities, television inevitably sugarcoats real life.

The characters are very likeable – a little too likeable, to be real. Many aren't very well-developed and don't seem to have any real place in the show.

Victoria Justice is a talented singer and actress, but her character annoys me. Tori happens to have vocal talent despite hardly singing before in her life, which seems very unrealistic. People seem to like her ­better than her sister, Trina (Daniella Monet), who is actually less annoying than Tori, in my opinion. Tori seems whiny and only agrees to participate in performing opportunities if she gets paid or there is significant publicity involved. It seems she only wants to help her career, not perform for the love of it.

I am a huge fan of Ariana Grande and Elizabeth Gillies, so I love their characters. However, although Cat and Jade seem to be somewhat well-developed, they are basically stereotypes. Cat is ditzy and ­bubbly. Jade is witty, pessimistic, and hot-tempered.

I like Robbie (Matt Bennett). Sure, he's a stereotype, but a good one. Robbie is the awkward teen. He is a little dorky and carries a ventriloquist dummy, Rex Powers. Although Robbie is shy with girls, Rex is a ladies' man. Clearly some of Robbie's feelings are expressed through Rex.

Andre (Leon Thomas III) and Beck (Avan Jogia) basically take up space, with little significance in their characters. At my school, everyone is extremely unique and, well, crazy. Andre and Beck are too normal for a performing arts high school.

Although the characters aren't that interesting, the actors are talented. The show was created for Victoria Justice, who made her debut in “Zoey 101.” Gillies and Grande are talented performers who were in the Broadway cast of “13 the Musical” in 2008. Everyone in the “Victorious” cast has real talent, which I appreciate.

I give props to the writers for creating some memorable episodes. “The Breakfast Bunch,” a parody of “The Breakfast Club,” was hilarious. There are twists to the episodes, much like “iCarly,” however, sometimes the writers just mash a bunch of random scenes together and hope that viewers will laugh in spite of the fact that there is virtually no plot.

As far as setting, Hollywood Arts seems to fit the performing arts theme perfectly. Aside from a few random love interests and family members, the cast is relatively small.

Bottom line, “Victorious” may not be the most complicated show, but it easily captures the hearts of preteens and young teenagers everywhere. The talent of the actors definitely extends the show's viewer demographics into the teen years. Despite a few mediocre characters and random story lines, this show is pretty good. I give it a 9/10 for a kids show, 7.5/10 overall. 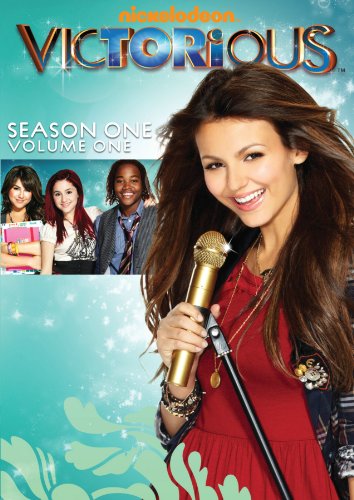 Favorite Quote:
"We all die. The goal is not to last forever. It's to create something that does."

View profile
This show is just one of the reasons why I can't stand Nickelodeon anymore. So glad they cancelled it.
4evameme BRONZE said...
on Mar. 8 2013 at 12:02 pm
4evameme BRONZE, Portsmouth, Virginia
3 articles 0 photos 14 comments

Favorite Quote:
it aint disrespect if you telln the truth