Have you all heard of the new miniseries 'The Legend of Korra'? Well, I am crazy about it. Stupid creators didn't think I'd get latched onto the show, and now I get to go through a fun little withdrawal for 4 more months, while I anxiously await Book 2: Spirits. However, I am going to delve into something a little off about the series for me. While I loved the cathartic scenes and (some) fighting ones (I'm not a huge fan of action as much as I am emotion), the romance seemed a bit rushed, no? I mean, seriously--if you've seen this show you'd know what I mean?

First of all, Korra likes this total jerk named Mako. (She simply is validating the stereotype that girls want a jerk head that'll be mean to them and treat them like dirt.) You should see me watching it; I mutter death threats because I just want to smack that dipstick. 'Cross the....I just wanna NUNCHUCK HIM!!!

Anyways, she kicks off the series with an unhealthy crush on a total loser. But his brother, Boh Lin (MY FAVORITE CHARACTER) likes her. Yeah, snoozing on this love triangle so far? Just listen to this; a moped rider named Asami nearly runs over Mako's face (YEAH, ASAMI!!!) and apologizes with dinner (BOO ASAMI!!!!). Now, after Korra voices her confession to the boozer loser (Did I mention Mako likes Korra too?) there is an inevitable love square. I kinda knew this was going to happen as soon as I saw the trailer, but I watched it anyway. There can never quite be a single female lead, can there? She always needs a big macho man to take care of her. Take Wonder Woman, Starfire, and even Momo Adachi from Peach Girl for example. If I were to create a character, I would not let her be defined by someone else, as much as growing more confident within herself.

Love shapes really peeve me off, too. I don't care if it's a love pentagon, hexagon, decagon, or even a pyramid (When three boys are after one girl, duh). Before people go looking for love, I believe they should work on themselves first. 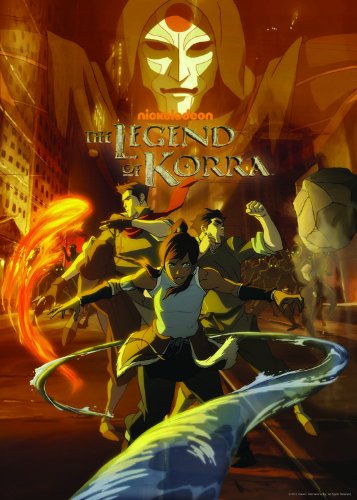