It stars Stephen Amell as the titular hero, Oliver Queen. He was stranded on an island for five years before being rescued and becoming the hooded vigilante known as the Hood or Green Arrow. Before his father died in the shipwreck that stranded him, he told Oliver about a secret organization that was growing in power in their hometown, Starling City. Oliver makes it his mission to hunt down this group and bring them to justice with his mad arrow-slinging skills.

The show alternates between present day crime-fighting in Starling City and flashbacks to Oliver's harrowing time spent on the island, which may or may not be inhabited.

Amell isn't the best actor, but he improves over the course of the show. He demonstrates a good emotional range in the flashback moments, but some of his scenes in Starling City feel a bit forced, which he makes up for by showing occasional believable remorse for Oliver's violent and illegal, but necessary, actions. And by being super buff.

Other characters include Laurel Lance (Katie Cassidy), Oliver's ex-girlfriend and daughter of a police detective trying to bring the hooded vigilante to justice, unaware of his true identity. Cassidy is simply gorgeous, and as a successful and devoted lawyer, brings some much-needed girl power to the show.

Felicity Smoak (Emily Bett Rickards), a nerdy IT girl at the Queens' corporation, also strengthens the female power. Oliver often turns to her for help tracking his targets, but always makes up a ridiculous story to hide his alternate life as a vigilante. I love Felicity's scenes. She's witty and smart, and never falls for Oliver's transparent lies. But she still helps him.

The main antagonist of the first season is Malcolm Merlyn, played wonderfully by the amazing John Barrowman of “Doctor Who” and “Torchwood” fame. His Merlyn is cool, deceptive, and heartless, much like Oliver seems to others. He's the perfect villain.

While the plot of “Arrow” isn't totally original, it's wholly entertaining, balancing heart-pounding action sequences with plenty of character development and witty remarks (mostly from Felicity). It's not Emmy-winning stuff, but it's great fun. 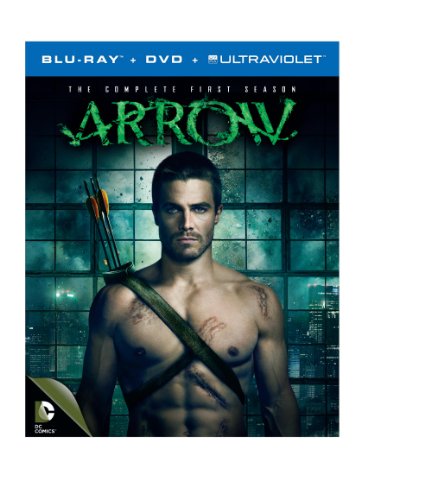 View profile
I love arrow!! It's action-paced and fun, but I agree with you, it's not an "Emmy winning" show. I ship Felicity and Oliver... :D
SHER_locked PLATINUM said...
on Jun. 26 2013 at 2:32 am
SHER_locked PLATINUM, Alta Loma, California
32 articles 2 photos 51 comments
View profile
Thank you so much for the feedback! And no, I've never watched Smallville, but I've been meaning to! I didn't know Oliver was in it. Maybe I'll really try to watch it now. Thanks again!
MickLiberty GOLD said...
on Jun. 24 2013 at 11:42 pm
MickLiberty GOLD, Troy, Michigan
15 articles 0 photos 12 comments

Favorite Quote:
"A hero can be anyone. Even a man doing something as simple and reassuring as putting a coat around a young boy's shoulders to let him know that the world hadn't ended."
Bruce Wayne/Batman, The Dark Knight Rises

View profile
Thank you for posting a review on Arrow! It is my favorite show and Green Arrow is my favorite DC Comics character! Anyway, you did a good job on briefly explaining the show! I think that Stephen Amell does a great  at bringing Oliver Queen to life. If you've seen the show Smallville, I'm sure you know Green Arrow was played by someone else, who I don't think did as good a job as Stephen. So, yeah, Keep writing!
SHER_locked PLATINUM said...
on Mar. 14 2013 at 6:40 pm
SHER_locked PLATINUM, Alta Loma, California
32 articles 2 photos 51 comments
View profile
Yeah, he's loosening up a bit. I'm glad there will be a second season too, because it will give him the chance to loosen up even more. There's so much more they can do with the show! I'm sad this season is almost over... =(   And thank you so much for your kind comments! =)
beautifulspirit PLATINUM said...
on Mar. 14 2013 at 10:23 am
beautifulspirit PLATINUM, Alpharetta, Georgia
35 articles 0 photos 1398 comments

View profile
Yeah I can see your points about the show. I wouldn't call Stephen Amell the best actor, because of his "stiffness" at times but he is getting there. I do like the way you described Malcolm Merlyn--so true. And I am also glad the show has been picked up for another season---can't wait! All in all, good job I liked how you introduced the main characters as well~