Mario and Sonic at the Olympics | Teen Ink

Mario and Sonic at the Olympics

Mario and Sonic at the Olympics is a fun game available for the Wii and Nintendo DS systems. This game enables players to play the virtual version of the Beijing 2008 Olympics. There are many characters to choose from Mario to Bowser and Peach to Blaze. As well, one can choose from a variety of activities such as aquatics, gymnastics, and athlectics.

The pro of this game is that the more you unlock levels, the more you learn about the modern and ancient Olympics. Another positive point is that you can adjust the level of each competition from weak to tough eventhough that beats the purpose of playing the game. Thus, the big advantage is that anyone can play this game thanks to the easy instructions in the manual and on the screen.

The con of this game is that it gets boring after a while. Playing this game with a Nintendo comes out to be a big disappointment because unless you want to play by yourself in your room, you have to know someone who has a Nintendo system, has the same game as you and is a certain distance away from you but I guess it depends on the person.

So. Teen Ink readers what do you think about Mario and Sonic at the Olympics? Was it what you expected it to be? 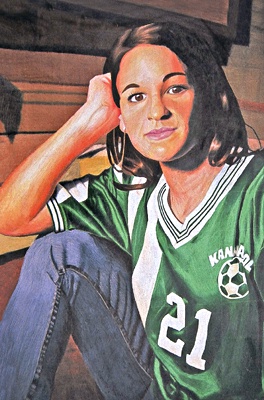 Favorite Quote:
" I never had anything to say "

Favorite Quote:
I sleep a lot

View profile
I love this game. But i fell asleep while paying and broke my DS