If you want fast, cool looking cars, then this is the game for you. This is the sequel to all the other Need for Speed games but this game smokes all the rest. They say Midnight Clubs Los Angeles is better, but this is a lie. The ones who buy or rent the game say that my game is better because you can customize the inside of the car and they think they are all that. Need for Speed Undercover has some of the best graphics. The only bad thing about it is when you go under a bridge, it gets too dark to see. There are these things called "it" signs and if you are racing or the cops are following you, then you can just hit it and those things are connected to something that can fall like a small bridge and the ones behind you go down and if it's the police then they go out of commission but if you are in a race then they will only be stalled. The top speed is 250 to 252 miles per hour and with nitrous, it looks like you are going at 270 miles per hour. My most favorite car in the whole game is the Ferrari because that is the fastest car that has all of it. It looks cool and it has the best acceleration and it has sort of good handling. The customization is great because it has a lot of things to choose from. The dialogue is good because you are a police that is undercover as in the title of the game and have to take out some of the members and you have to find out who stole the cars from a secret place I can't reveal to you. I would give this game a 5 out of 5. 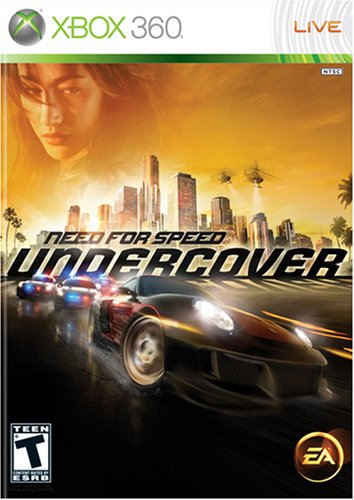 Favorite Quote:
The only thing certain is uncertainty.