“What would your six-word memoir be?” my friend inquired one Sunday morning. A simple question, sure, but I remained uncharacteristically quiet, hesitating.

The six-word memoir challenge originates from a legend about Ernest Hemingway: he was once dared to tell a story in just six words, to which he responded, “For sale: baby shoes, never worn.”

Although I brushed off the question initially, it soon came darting back into my mind, dancing around my other thoughts, demanding my attention. Could my own story be summarized in a mere half-dozen words? The more impossible it seemed, the more I knew I had to try.

“I only believe in silver linings.”

Today, I pride myself on my optimism, thanks to the influence of my perpetually positive dad. I now know how to appreciate the good and roll with the bad. But I wasn't always such a strong believer in every cloud's silver lining. Five years ago I believed only in the clouds. I only appreciated efforts that rewarded me with instant gratification, and it goes without saying that very few things in life fit under this rather small umbrella. I have grown since then, but not in one defining moment, sudden epiphany, or life-changing experience. I have simply changed to be the person I am today. And although these six words identify a growth that I'm proud of, I can't help but feel as if they characterize me as a chipper but flat character akin to Pride and Prejudice's Jane Bennet – somebody I surely cannot be.

I use chopsticks to toast marshmallows, but I only know how to eat rice with a spoon. I memorize Po Chu-I for Chinese class and then read my favorite American author, F. Scott Fitzgerald, at home. I am the living juxtaposition of Chinese culture and American traditions. In Chicago, where I was born and raised until age 12, I never saw myself as different from my Caucasian friends. The fact that I went to Chinese school when my best friend was at Sunday school was just a fact of life. Upon moving to Taiwan, I realized that I was not as in tune with my ethnic background as I&#39d thought. After living there for five years, that changed significantly. While I've realized that I am not confined by this cultural amalgamation, by the same token, ­neither am I defined by it.

My affection for words first surfaced in fourth grade. I was asked to write a poem about a field trip to Lake Michigan. I was nine years old and had never written a poem before. Pencil in hand and brows furrowed, I cautiously began, “Splash!” Ever since that fateful exclamation I have harbored a deep love for writing and for the feelings, imagery, and clarity that streams of carefully chosen words can convey. The colorful marginalia that decorates my copy of my ­favorite book, The Great Gatsby, can attest to my ­admiration of Fitzgerald's tight rein on diction. I ­admire words for their ability to ascribe specificity to our inherently variegated world, to “name the unnamed,” as Jonathan Safran Foer once said. Nevertheless, I would like to believe that the “unnamed” potential in me is too much to describe in a meager six words.

And then I thought of it. Six words were exactly enough – six syllables, in fact. My optimism and growth, mixed background and global perspective, literary interests and love of writing, aspirations and potential could be summarized simply:

“I am more than just words.” 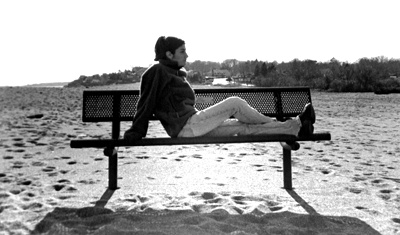 View profile
Whatever you decide to use this for, it will definitely get credit because it's a really neat and amazingly well-written article. Thanks for writing it because I really enjoyed reading it :)
A.C.Worsham GOLD said...
on Oct. 7 2010 at 9:33 am
A.C.Worsham GOLD, Cocoa, Florida
15 articles 0 photos 19 comments

View profile
This was an absolutely inventive entertaining piece of writing. I read it in the magazine and thought "Wow, I want to learn how to write something this creative." Good work. I loved it!!!!!!!
Hallo said...
on Sep. 25 2010 at 6:50 pm
I've been reading a bunch of essays on TeenInk, searching for inspiration, and this one is definitely my favorite.  I like how you managed to include a few completely different aspects of your life in this very together essay - that's difficult.
shdfs said...
on Sep. 20 2010 at 9:06 pm
I really enjoyed reading this essay. I personally thought it was really good. It's interesting because when I stepped into English class the first day of school this year, we had to do this exact asssignment: the six-word memoir. The assignment actually gave me some insight into what I want to write my college essay about. Thanks actually. I found your piece to be really helpful.
babigerl1194 PLATINUM said...
on Feb. 24 2010 at 7:36 pm
babigerl1194 PLATINUM, Margaretville, New York
23 articles 10 photos 155 comments

View profile
This is great!

I love your six words.