Roar of my Own | Teen Ink

Roar of my Own

Akoni played with his siblings, they had wrestled and chased each other all afternoon and now they were play fighting.

“It’s a lion from another pride! Attack!” one of his sisters yelled.

He had two sisters, Boo and Vera, no brothers and he knew little of what that meant because the pride already had two male lions, Jaecar, his dad, and Chase, his dad’s brother. His sisters piled up on top of him.

“I’m the queen of the jungle!” Boo shouted

“No… I am!” Vera shouted back before tackling her sister to the ground.

Life was perfect, their mom, Nova, was watching from a safe distance to keep an eye on her rowdy cubs.

“No way I’m getting between them, they’ll bite me and their teeth are sharp,” Nova said.

“Imagine when they grow up, they’ll be the queens and kings of the jungle,” Jaecar said proudly.

“Yeah but what about Akoni, he won’t be here for much longer. He’ll have to find a new pride,” Nova said.

“I’ll miss him for sure, he’s grown up nicely so far,” Jaecar said with a mix of pride and joy.

A year had passed since then and they all had grown up, Akoni was getting big and even growing a mane already and his sisters were getting big too. His mother and the other lionesses walked up to him.

“Son, you have to leave, you’re too old to live here anymore,” she said sadly.

He stopped battering his sister with his hind paws and looked confused as to what his mother was saying.

“What do you mean?” he asked innocently.

“You’ve grown up, now it’s time to make or join your own pride,” Nova was getting impatient, she wanted him to leave and get it over with.

“But… Mom, I live here. With Boo, Vera, you, dad, Chase, and all the other lionesses.” he said confused.

They had no choice so they chased him away and made sure he left with a scratch so he knew not to come back.

He looked for days for a new pride to call his own but they all chased him away, just as his mother had done. He didn’t understand why he was being treated this way, he didn’t even get to say goodbye to his sisters or anybody.

“It’s not fair!” he yelled as he cuffed the ground.

He was angry, sad, and most of all lonely. He didn’t have the warmth of his sisters or the comfort of being curled up with them. Being alone was hard, anywhere he went he was hated, every territory seemed to be owned and controlled by either a mean male lion or they had two male lions in the pride already. He realized how hungry he was when he saw a herd of zebras.

“I’ve never hunted before,” he said.

He stalked up to the zebra just as he’d seen his mom and the other lionesses do, then when he was close enough he pounced, landing on the back of a zebra. It began to kick in an attempt to get him off but he held on tight until it came down with a thud. He got a hold of its neck like he’d seen the other lions do and bit down, ending the zebra’s life.

“That was easy!” he shouted with glee and stared at his first catch.

He ate well and slept well now that he had a full belly but something was missing but he couldn’t put his paw on it.

A year had passed since he left his pride and his mane had grown fully, he was feeling more lonely as the months passed. He decided that if pride wouldn’t welcome him then he would welcome himself in. He found a pride not far from where he slept and let out a roar to alert them of his presence.

“I’m here only to join the pride,” he said calmly.

“Find somewhere else,” the lion said back.

“I will!” the lion yelled back.

The two lions launched themselves into battle, a two-year-old fighting a five-year-old, it wasn’t a fair fight, the other lion was more experienced, Akoni was no match for him. The other lion pinned him down and growled in his face.

Akoni did as told, he knew when he was beaten and this time he wouldn’t be leaving the fight with pride.

Another two years passed and Akoni had grown more experienced in battle after losing several battles of his own. He was ready and battle-hungry, he had turned into what his father told him not to, a killer. Though he hadn’t claimed any victims yet, he was on the verge of doing so and he didn’t like who he became but he had no choice, it was kill or be killed out here, no in-between. He had grown accustomed to hunting for himself but his meals were often interrupted by other lions catching him on their territory.

“Wonder if my next battle will end in a success for once but hey I’m still learning,” he said to himself.

It was now normal to talk to himself, he was alone and that was reason enough but just as he spotted another pride he saw her.

“Why would I? I’m not a part of this pride, I’ve been trying to get in,” she replied.

“Well you won’t get anywhere by just waiting, you have to go in and give it a shot,” he said for advice.

“Akoni and yours?” he asked.

They became good friends. They hunted together, ate together, slept together, and never left each other’s side once, they were in love.

“Mei, I have something to tell you,” he said.

“I love you!” they shouted in unison and then they rubbed on each other.

From then on, they were inseparable. A few years later they had little ones of their own and even later down the road, they had their own pride.

“My mom was the one who chased me out…” he said as he looked down at his cubs.

“She only did what she had to. I know she would’ve been proud knowing her son turned into such a fine lion,” she assured him.

“Thanks, Mei, you’re the best,” he said as he looked proudly at his cubs, the future of the pride.

One day Akoni walked up to his son, Ashmit.

“Ashmit, did you know that your name means pride or superior,” Akoni said.

“No, why did you name it?” Ashmit asked.

“Because I know that one day when I’m gone, you’ll take over and be the best leader that’s ever lived because you're special and don’t ever let anyone tell you different,” Akoni told his son.

“Thanks, Dad, now can I go play?” Ashmit asked.

“Of course,” Akoni told his son watching him leap away to pounce on his sister.

Akoni had done what he wanted to for many years and he now knew what he had been missing, love and a family of his own to care for to provide for.

He died at age ten beside his mate, Mei, and she died a few years later but just as he said he would, Ashmit lived up to his name and grew to be the best lion in the pride. Akoni died knowing that he found what he never knew he wanted, from the moment he was kicked out of his pride to making his own, he found a roar of his own. 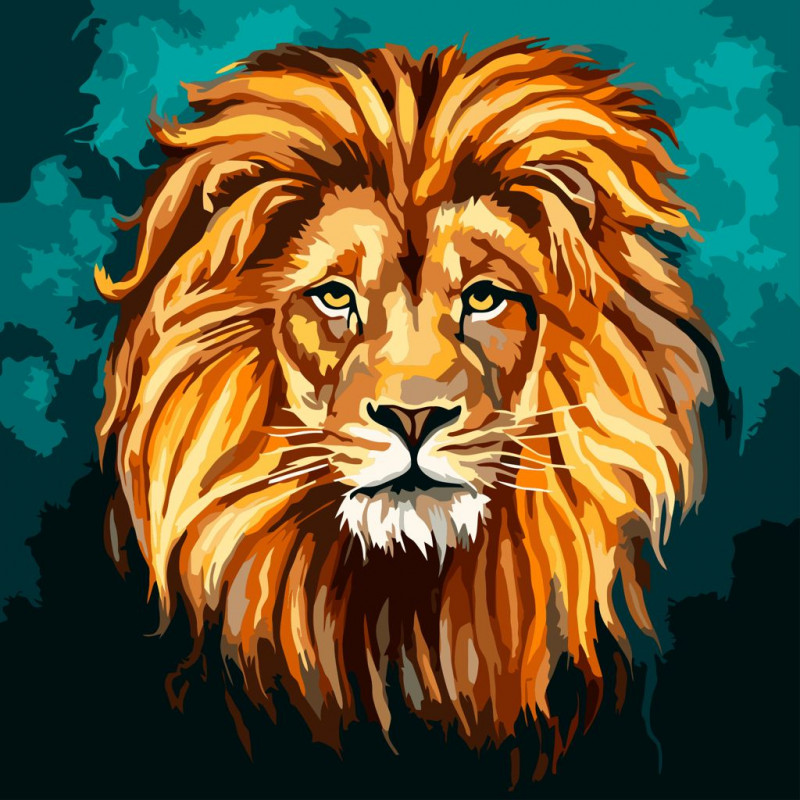 This story follows the life of Akoni, a lion who had to face the real world when he grew too old to be in his pride. He finds love and victory on his path to becoming the king of the jungle. Comment and tell me how you liked it!