“I implore you to let go of Doctor Rovin,” Nolan Thomas ordered. Experiencing the same fear Morty must have experienced just days before, I backed away from Rovin breathlessly. I looked instictively towards Nolan for another command.

“Doctor Rovin, if you would please take John Lange to his wife.” I blinked in surprise; Nolan was taking my side? I had adjusted to his odd standard of using my full name, but his presence still unsettled me a great degree. I didn’t even bother to point out that Fiona and I were legally divorced.

Rovin stood up, fixing his lab coat and adjusting his glasses. He shot me a look that I couldn’t quite read. Was he gloating? Was he scared? I shook it off and followed him down the hallway. The slender albino followed closely behind me, and I could feel his red eyes pressing into the back of my skull.

“To answer your question, Lange,” Rovin addressed me, dropping his friendly pretense and our one-sided first name basis, “Fiona is fine.”

“You said it was an emergency procedure, Rovin.” I wasn’t going to play his games; not today.

“Ah, it is, you see. Fiona has been in her coma an awfully long time, and we’re going to begin a series of psychotherapeutic attempts to bring her out of her coma. Should these attempts fail, there is little we can do for her but wait.”

Nolan Thomas said nothing, and I found his silence to be more threatening than the good doctor’s verbal taunts. Left alone to my thoughts, the rage that had manifested itself in my assault on Rovin quickly subsided, and was replaced by a new emotion; a strange and inexplicable fear of myself. There was no simple way to explain my outburst; the flow of raw emotion simply took control. I had little doubt in my mind that without Nolan’s intervention, I would have killed Rovin.

I shuddered. Our line of work at NOVA left more corpses than I cared to count, but there is something fundamentally different between a hired hit and killing someone with your own two hands. The line between my newfound career and cold blooded murder can only ever be crossed once; there is no going back.

“We’ve arrived at the hospital wing, John Lange.” I flinched at the clicking and whirring behind the metallic tones of Nolan’s voice. On that note, Doctor Rovin shook his head and continued down the hall, leaving me to speak with the Albino in private.

“Thank you, Nolan,” I said, finding my voice. “What you did back there…I appreciate it.”

The ghostly figure of Nolan Thomas merely nodded. Silently, he opened the door and entered the hospital wing and I followed shortly behind him. I watched his silhouette take long strides down the hallway, passing nearly all of the occupied rooms. Eventually he disappeared behind a door marked simply with an “N”. I stared at the door a long while after it closed behind Nolan. I could faintly hear a mechanical whirring being emitted from somewhere beyond the door. I assumed the room had something to do with Nolan’s peculiar condition, but there was no way to be sure.

I ran my hand through my short, cropped hair and wandered the hospital wing until I found myself at Fiona’s bedside. I sat down beside her and poured myself a tall glass of ginger ale from a bottle I had left at her bedside the last time I had visited. I finished off the glass in one long swig, watching my ex-wife’s steady breathing.

“Fiona, Fiona, Fiona,” I sighed. “You’ve got to come out of this coma. I’ve got so many questions; I could really use a familiar face.” I then leaned forward and kissed her gently on her forehead.

I sat there, holding the cold, limp hand of my unconscious ex-wife for God knows how long. There is something deeply perturbing to think of losing her twice, and I can’t shake the thought of it from my mind. I’ve been given a fresh start here at Project NOVA—I potentially have a new future with the woman I once loved.

I’m not sure how or when I fell asleep, but when I awoke it was half past six in the evening. Did I really sleep away an entire day with a woman in a coma? Someone among the Project’s higher-ups must have done me a favor, as I had no missions scheduled until Friday, when our new recruit would arrive.

Morty and I had been assigned to Westfield’s squad until further notice, and as such a new recruit was in order. Friday we will set out on a civilian mission with the new recruit to show him the ropes. It will nice to cut loose for a change after everything in the past week. I poor myself another glass of ginger ale and bid my silent, unmoving ex-wife adieu.

In a twisted cry of absolute desperation, I returned to the bar, hoping to enjoy a nice dinner. At this time on a weeknight, the bar was alive with the hustle and bustle of various agents of Project NOVA shuffling in and out, enjoying anything from a fancy first class gourmet meal to fast food-like burgers and fries. I took my usual seat at the bar and ordered the first thing on the menu—pancakes.

“A little late for breakfast, kid,” Mac joked. “You just wake up from that hangover of yours?”

“No, Mac, I was visiting Fiona in the hospital. Have you seen Westfield recently? I spoke to him briefly after we got back from our mission, but I haven’t even seen a glimpse of him in days.”

“Markus swore off all sorts of alcohol eight months ago,” Mac said as he polished an empty glass; typical bartender behavior. “Lately I only see him on official business.”

I raised my eyebrow at my wise friend. Mac using the term “official business” caught me off guard; wasn’t he just a bartender? My interest was doubly piqued that he was on a first name basis with Westfield—I’d have to pursue this subject at another time.

“Let me know if you hear from him, Mac. He’s due for a mission later this week.”

“Can do, kid. Now, Johnny, listen for a second—word around here travels fast and eventually any and all information finds its way back to the bar.” Mac paused and gave me a stern look; I could tell what was coming before he even said it. “Just what the h*** happened today with you and the good Doctor?”

I opened my mouth to answer, but instead bit down on my lower lip. I’d been asking myself the same question all day, and I hadn’t come any closer to the answer. I looked into Mac’s eyes and was surprised to see the bartender staring right through me. I watched as he looked intensely at something inside of me, scrutinizing and judging. Was he trying to find an answer to his question by x-raying my skull? Finally, I spoke up.

“Mac, he struck a nerve. Fiona, she’s…we…she’s off limits. You can threaten me, you can insult me, you can take everything from me—but I won’t lose her again.”

Mac quizzically stroked the small patch of goatee on his chin and nodded.

“And that, my friend, is what it all boils down to—protecting those you hold dear.” 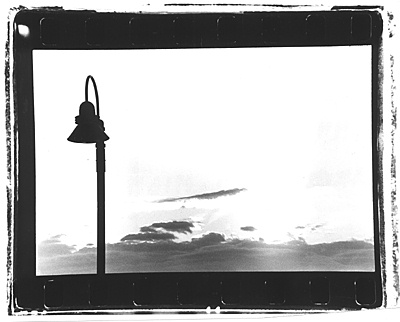 The author's comments:
The sixth chapter in a series of short vignettes chronicling a private investigator who finds himself in a literal worst case scenario.
Post a comment
Submit your own