Gerald Hicks opened the door of his condo and immediately slammed it shut again. With his back against the wall, he edged along to the window. He pulled aside the blinds with his index finger and peeked at the person on his lawn.
There, standing boldly on his front step next to the chrysanthemums was his neighbor what’s-his-face with a flyer in his hand and a determined expression.
Gerald cringed and drew back. Not again! he thought desperately. That neighbor had been by twice already in the last week with his Jehovah’s Witness flyers. Apparently, the well being of Gerald’s soul was at stake, but that didn’t deter him from leaving through the garden.
As he fought his way through the orange trees and found a foothold on the large expanse of wooden wall, he heard Clarissa, his insane neighbor, talking to the rock garden. Not willing to deal with Clarissa’s crazy antics, Gerald turned back again and contemplated his options.
Eventually, an idea came to him and he checked his watch. He had ten minutes until school started.
Grabbing his helmet from a hook by the door (being a physics teachers, he was too well acquainted with gravity to risk going bare-headed), Gerald pulled his old bicycle from the garage. It gave off a disconcerting creak as he settled his weight onto the saddle, but he knew there was no other option.
The garage door flew open with a click of Gerald’s key and he zoomed down the street. Jehovah’s Witness, as Gerald had begun to call his neighbor, gave a shout and began the pursuit, but the bike was much too fast for him.
Gerald whizzed by Mrs. Carl, the eighty-year-old lady who only left her house on Wednesdays, the little brat Harry who’d thrown his football through Gerald’s bedroom window, and Mike, the teenage terror who had spent his Friday night sticking forks in an obscene formation on Gerald’s lawn.
God I hate this place, he thought as he rolled down onto the street and headed in the direction of the school. He mentally went through the money he had saved to get out of this godforsaken town. Last week he’d made a good deal selling Gruyere cheese to the principal, he’d sold a few brands of cheese to a local deli, and of course the methamphetamine business was booming. He had finally perfected his recipe for the drug and word was slowly spreading throughout the high school scene that Dr. Hicks was the one to come to.
Just a few more weeks, he thought as the school building came into view. In a few weeks I’ll finally be able to get out of here.


It was 8:00 at night when there was a knock on Gerald’s condo door. He didn’t stir from his macaroni and cheese dinner as he contemplated the options. It could be Jehovah’s Witness on his soul saving mission or Mike back for more crank. With a sigh, Gerald stood up and peeked out the window.
A distressed-looking mother stood outside with a large empty shoebox. Shrugging, Gerald let her in.
“Hello?” It came out sounding like a question.
“Dr. Hicks?” the woman asked timidly.
“Yes, that’s me,” Gerald clarified. “Do you need something?”
The woman nodded. “I’m a mother of one of your students. You see,” she began. “I’m having a party and I really need…something special. Do you have something for me?”
Gerald nodded slowly. Usually his customers were teenagers, but he wasn’t going to refuse anyone’s money.
“I…I need this whole box full. I heard you make… good products.” The woman handed him the shoebox and stared at him inquisitively.
“Yes, of course,” Gerald agreed. “Follow me.”
He led her down to the basement where he kept his meth lab. In a corner by the door he shoved aside the loose plank and reached in for the drugs. He pulled out a little plastic bag and showed it the woman.
“Is this what you’re looking for?” he asked.
The woman recoiled in shock. “Is that…?!”
“It’s my very own brand of methamphetamines,” Gerald responded proudly. “It took a very long time to develop.”
“You…meth…am….phetamine. Drugs??” the woman sputtered. She clasped her hand across her mouth and made a dash for the stairs.
Gerald ran after her. “Wait!” he called. “It’s not what you think!”
The woman ran to the door and pulled it open. She turned on her heel and glared him down. “I’m having a dinner party,” she hissed. “And I needed a selection of cheeses.”
With that, she burst out of his house and hastily climbed into her car. “I’m reporting you to the school board!” she yelled as her engine roared like a lion.

“Mr. Hinckley, I can explain,” Gerald promised pathetically. He was sitting in an uncomfortable hard-backed chair in front of the school board like a naughty child. But unlike a naughty child, the consequences for his actions were very severe.
Mr. Hinckley, the principal of Darwin High, paced back and forth behind his chair.
“Dr. Hicks, you have put us all in a very difficult situation,” the principal said wearily. “Obviously, I have no choice but to fire you and report you to the police. But you are an excellent teacher and our school needs you. Not to mention the uproar this will cause. If you can give me a way to get out of this, I’m listening.”
Gerald’s mind was racing. How would he convince the entire school board that he was innocent? Hesitatingly, he began.
“Well, really, I don’t live alone in that house. My…brother, Chadwick, lives with me. But really, no one even knows I have a brother. That’s because… he’s not really my brother. My half brother actually. I don’t talk about him much.”
Gerald looked up at the faces of the school board reps, hoping for a bit of sympathy in the crowd, but the faces were all made of stone. He went on.
“So Chadwick got involved with the drug business. He didn’t tell me…I could guess…but I never knew for sure. I never use my basement except to store some really old cheeses under the loose plank in the corner by the door. I guess Chadwick had been using the basement…all along. When…that woman…came to buy cheeses she said she needed something special. I went to show her my finest cheeses in the basement but they… weren’t there. I don’t know what Chadwick did with them. I had no idea that he kept methamphetamines there.” Gerald made the most innocent face he could and waited for the verdict.
“Dr. Hicks,” Mrs. Lavender, the superintendent said with a glare. “Where is this Chadwick now?”
“I don’t know. I think-“ Gerald had an elaborate story at the tip of his tongue but Mrs. Lavender’s face told him he needed to play it safe. “I don’t know,” he repeated.
The superintendent appraised him with a critical eye. “We’ll see about this,” she concluded.

Four hours and a few interrogations later, Gerald was sitting alone in the principal’s office. The school board seemed to be eating up his story, but it couldn’t last for long.
He knew there were two policemen standing in front of the door but there was a window behind the desk. With a surreptitious look around, Gerald sneaked towards the window and slid it open slowly. He peeked down at a drop of two stories. Just as he was looking around for foot- and handholds, the door opened and Mrs. Lavender entered with a retinue of policemen and furious school board members.
“Arrest him!” Mrs. Lavender ordered the policemen, and a moment later Gerald was handcuffed and shoved towards the triumphant superintendent.

“We talked to your mother, Dr. Hicks,” she spat at him. “She never had a second son.”

Gerald wilted under her terrible stare, knowing his chances were up.

“Take him away!” she commanded, and the policemen dragged Gerald Hicks out the door. 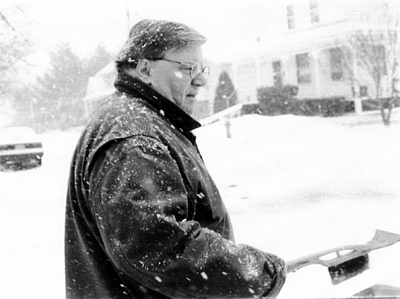 The author's comments:
This was written as part of a project for a summer class. The plot was brainstormed by passing the paper around the classroom and each adding a new part, that's why it's so insane!
Post a comment
Submit your own