Favorite Quote:
"The only journey is the one within" and "You can't help anyone who doesn't want to be helped."

I was waliking in a field. It was spring, the leaves were green and the grass was tall. The sun was high in the sky and it burned bright. I sat down in the middle of the field and closed my eyes. It could have been minutes or hours till I opened them but I'd never know. I opened my eyes to find a man standing over me, looking curiosly at me.
"Hello." I whispered.
"Hello." He replied.
I sat and he stood for what seemed like forever, just watching each other. Then I got up the courage to ask, "Who're you?"
I watched his eyes as he replied. "James Mason." Liar, I thought. "And you?" He asked.
"Alice."
He smiled and I decided to look past his lie. There was something more to him. He offered me his hand. I took it and he helped me up.
"It was nice to meet you." He said and turned to leave.
"You're leaving so soon, Mr. Mason?" I asked.
"I will be back. We will see each other agian, Alice." And he left.
I went home thinking all the way. What a strange man to say hello, lie about who he is, then leave without even saying goodbye? Of course I was too young to relize that saying "It was nice to meet you" is a form of goodbye. I went back to the field every day after school from then on. Mr. Mason had said he would be back and it wasn't a lie, I could tell. I didn't know how but I always knew when someone lied to me. Three weeks passed before he came back.
"Hello Alice." He greeted me.
"Hello Mr. Mason."
He smiled again. "Please call me Mason."
Odd, I thought. Most people want you to call them Mr. or Mrs. or their first name but never had i met someone who wanted me to call them with their last name without Mr. or Mrs. "Why?" I asked.
"No reason." He replied. Liar.
That was two.
I looked at him with a curious look but didn't call him on his lie.
"Where do you live?"
"Up the street a little." He replied. Liar.
That was three and still I did not call him on his lie.
"Do you have any kids?"
"Yes." Liar.
That was four and, once again, I did not call him on his lie.
"Do you have a wife?" I know it seems like a silly question but I was old enough to know about divorce, in fact my parents had had one.
"Yes." He replied. Liar.
That was five and, still, I did not call him on his lie.
"Are you new in town?" I asked.
"Yes." He answered. Liar.
That was six and I did not call him on his lie.
I pouted.
"Have you asked twenty questions, yet? Is it my turn?" He asked.
"Sure."
"Why do you ask so many questions?"
I shrugged.
"Why do you not like me?"
"I do." I replied.
He smiled, again.
"Tommorrow then?" He asked.
"You're leaving so soon Mason?"
He turned and left.
The next day I came back, just as Mason had asked.
He was not there.
I left adn I came back the next day. He was waiting in the middle of the field.
"Why were you not here yesterday?" I asked.
"I asked if you would be here and you did not reply. How was I to know you'd be here?"
"Oh. I don't know."
He smiled.
Finally I could not stand it. "Why do you lie to me?" I asked.
"I do not."
I stared. That was true.
"But..." I whispered.
He smiled patiently at me. "You asked who I was and I have you my name, which was true enough for what you asked, but my name is not who I am. You asked if I have kids, I said yes, because had kids. You asked if I had a wife, I said yes, because I had one. You asked where I live and I said nearby. I live nearby you. I am you neighbor. You asked if I was new in town and i said yes. I've lived here for a long time but I am new to you. You asked why I lie to you, and I do not. I tell half truths."
"Why? Why do you tell half truths?"
"To teach you that you have much to learn."
He turned to leave.
"Are you leveing so soon Mason?" I asked.
"It is not so soon, if you think about it Alice. I have live here a long time, outlived my kids and my wife. I have lived long enough to teach you something you did not know. Is it really so soon?"
"No. I suppose not. Goodbye Mason. I will miss you."
"I will miss you to young Alice. Goodbye." And with that, he left. 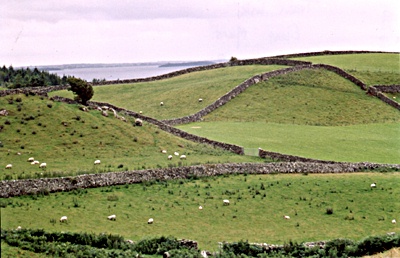