"GoodLord. Teenagers these days," Mrs. Jensen sighs, looking at us delinquents inirritation, and positions her bulk on the chair. It's three o'clock on a Thursdayafternoon. Her fading perm, brown hair streaked with silver, is falling out ofthe ugly little bun. Her pudgy face is lined, her shiny nose is bulbous and red,her lips are thin, smeared with lipstick too purple for her complexion.

She picks up a stack of papers, straightens them, and lays them downagain.

"Remember, you two," she growls at me and Derek, glaringat us with her hard little eyes almost lost in rolls of fat. "Hands offtoday. And no talking."

Derek's eyes meet mine, dancing. He rolls hiseyes and scribbles a note on the edge of his homework and slips it in mydirection.

I read the pretty bit of malicious humor and muffle a giggle.

Mrs. Jensen catches on. "Stop that, you two," she snarls."I don't want to have to read any of your vulgar correspondence outloud."

"Derek and I aren't that type," I say, boldly."We don't write nothing gross."

"I'm not so sure ofthat," she retorts. "And I said no talking, so shutup."

Her voice is raised and everyone else doing detention looks atme. I shut up, wishing I was anywhere but here. I sink sullenly down, glaring atmy desk. I've already done my homework in class, the way I usually do. I can'tconcentrate at home with four brothers and two sisters; three of them are underfive years old.

I don't have a thing to do but stare at my desk and getangrier and angrier. If I were free, I'd work off my frustration constructively,practice my solo for choir, go for a long bike ride ...

The others aredoing their homework. I don't know many of them, most are white upperclassmen, inhere for chewing gum or something. I am on my third offense for the crime ofDisrespect. I'd ventured to give my opinion on the accuracy of Mr. Brady'sgrading scale, unfortunately to his face. If I get another detention, I'llprobably have to go talk to a counselor or get a suspension orsomething.

I try to tell myself I'll be a good girl and not talk backanymore to the poor teachers, but it just doesn't work that way with me. I'm whatmy chemistry teacher, who actually admires my lip, calls a volatile substance. Iget mad in a flash, and then it blows over and I feel incredibly sorry. Derekunderstands that. We've had a couple really good spats where I've called him theworst names known to a sophomore girl, but we've always made up because he knowsI love him, deep down. My parents understand that I'm not like other girls, butthey refuse to tolerate my be-havior under their roof. Hence, I try to stay outfrom under it as much as I can.

I talk back to everyone. It's gotten meinto sticky situations, but I can hardly help myself. Actually, I don't talk backto Mrs. Burns, the choir director. She's such a bubbly, sunny person that Icouldn't say anything disrespectful to her without having a major guilttrip.

As far as teachers go, Mrs. Jensen is pretty bad. She's the worsthistory drudge in the school, into the dates, the assimilation, memorizinguseless information. Derek is with me in her class and we generally pal around,so to speak.

Derek leans over and whispers something that makes me laugh, and Ifeel a little better. Derek knows how to do that.

Mrs. Jensen bolts up.She shakes out the folds of her billowing, purple-flowered dress. "I toldyou no talking!" she shrills at Derek, her little eyes popping. "Movehere! Right next to me. You hear? No, don't talk! You don't disrespect me! You'regetting detention again tomorrow!" Then her anger fades and she slumps downinto her seat, her narrow shoulders coming forward as she lowers her head. Hereyes flash around the room, maybe a little afraid, but cold and upset.

Atthat moment, staring at her fat, ugly face, at her glassy, pig-like eyes, I hateher more than anything. The anger inside of me just wants to tear her to shreds,her and her cruel little mind. I simmer in silence as Derek packs his bag andmoves next to her desk.

I wish I could tell the insufferable woman off. Iwant to yell at her that she's a miserable old witch, who doesn't know anythingabout anything.

"You're an old miserable witch who doesn't knowanything about anything!" I speak up.

"I have a life. You can't do anything but yell at people.Yell! And that's all you do. You don't teach. You don't do a thing for anybody.You just yell. You don't care. You yell. Nobody loves you,nobody!"

She can't out-argue me.

The phone rings. Mrs.Jensen reaches a flabby arm across the desk and palms the phone. I can see thefat in her arm jiggling, and I think her hand is shaking.

"Hello?" she says, affecting the high, impersonal tone I guess sheconsiders elegant for answering the telephone. "Oh, Angela. How did itgo?" There's a long silence. The room falls so still I can hear the buzz ofthe voice on the other end. Her gaze is wandering blankly around the room; shecatches my eyes and her face changes, and she whirls around in her chair andlowers her head a little to listen.

"Thanks for calling me,"she says, subdued, her voice muffled against the cabinet. "Yes. I felt likethis was going to happen all day. Sorry, I can't talk now. I'm doing detention atthe school - what's that? No, no, I'll be fine. No, no, take Mom home. If I couldbe there I would in a flash. How's Susan coping?" More buzzing. "I'msorry to hear that. Let me know if there's anything I can do.Thanks."

She hangs up but doesn't turn around right away. When shedoes, her immense bosom is heaving, and her eyes are unusually bright with tears.She smashes them back into her red eyeballs with a careless hand, leaving a trackof muddy mascara. She shakes in silence a little longer. Then she speaks and hervoice is so low, so tear-choked, it is scarcely intelligible.

"Myfather just died. He was having quadruple bypass surgery. His arteries wereclogged and things didn't go well. I was close to my dad."

I see thelook in her eyes searching the blank faces of her students. "You don't care,none of you cares what happened, and it doesn't matter ..."

Then, ina terrible, sudden way she buries her face in her hands and gasps and sobs forbreath as though she were asthmatic. I can't tell if she's crying or not. For amoment the room is wrenched around by her grief.

I feel like I'm beingjerked to pieces, falling apart and letting out all the hot anger and stubbornresistance, and leaving me with nothing. Poor Mrs. Jensen. No one should cry thathard, alone and uncomforted.

But I can't be the comforter. I'm hermost obnoxious student, her hyperactive problem child, her underachiever. I neverwent past her obesity and her ugliness. I can't fight the stereotype, I can'tbreak the barrier. I can't be that one! However much I want to, I'm powerless tomove. Paralyzed, turned to stone, by fear.

She doesn't see me coming and Ican hardly see where I'm going.

I throw my arms around her soft and saggybody, and feel her trembling and lost inside her tent dress.

She draws back as soon as she feels mytouch, but then she relaxes. She can't resist, can't hold back the torrent oftears, the flood that's washing away all the bitterness and despair in her soul.I hug her and hug her and love her, and she cries away herpain. 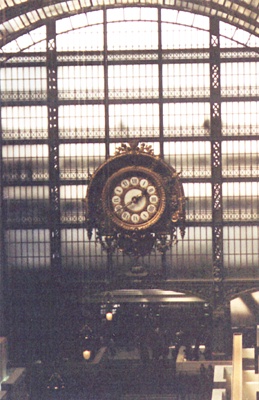 View profile
This is so sad. But very good story! Good writers can spark emotions in people!