Fairies: A Story of Faith

Little Beth sat very still. Her eyes were closed, her breathing a soft rise and fall of her tiny chest. Her face held total concentration, never twitching as she stayed very still, not saying anything. Tommy began to wonder if she really was calling the fairies.

The beautiful summer twilight cast shadows far and long, the little peoples’ stretching like their grown up selves would one day stand. The park was in silence, expect for the sound of Tommy’s tapping finger on a tree trunk. The little bench where Beth sat was bathed in lamp light, giving her the appearance of center stage. And truthfully, all eyes in that park were glued to her.

The only two people left in the park were in fact Tommy and Beth. Everyone else when home because it was supper time. Tommy and Beth wouldn’t be getting supper anyway, and no one expected them home.

“Are you sure the fairies are coming?” Tommy asked in a whining voice. He was very impatient.

“Tommy, I told you to stay quiet, or they won’t come!” She said in a tone barely above a whisper.

“But it’s taking so long! Why can’t we just go back Mrs. Potts!” Tommy didn’t like being outside after dark.

“It takes time for the fairies to get here. They live in fairy world, and that’s all the way at the end of the world!” Beth kept her eyes closed when she answered, staying completely still. Tommy threw a rock at a nearby puddle, satisfied by the quiet plop!

“Are you sure they’ll take us away?” Tommy asked, unable to keep quiet.

“Yes, the fairies always take children without mommies and daddies.”

“But aren’t fairies too small to take care of us?”

Beth opened one blue eye and stared at him. “Fairies are magical. They can do anything.” Beth said like it was totally obvious.

Tommy huffed. “How much longer?” He whined after a few minutes of silence.

“They are coming. Unless…”

“Unless what?” Tommy asked, tired and wanting to sleep on his cot back at the orphanage.

“Well, they won’t come unless both of us believe in them. Do you believe in fairies Tommy?”

“I’ve never seen one, so I don’t know if they exist or not.” Tommy sat down at the base of the tree.

“Seeing is not believing, Tommy.” Beth turned her head towards him and opened both eyes. “You don’t believe, do you?”

“I want to believe in fairies, I really do.” Tommy started to cry, knowing that if he didn’t believe, the fairies would never come for them.

Beth got up and knelt beside him. “It’s okay. All you have to do is believe.” She wrapped her tiny arms around him, and laid her head on his small chest.

Tommy nodded. “I believe in fairies.” He took a deep breath, struggling to control his tears.

“Now all we have to do is wait.” Eventually, Tommy and Beth fell asleep against that tree trunk.

A young couple by the name of Fairy happened to be taking a midnight stroll around the park when they happened upon two young children huddled against a tree trunk, fast asleep.

“Should we wake them?” asked the husband to his wife.

“We can’t let them stay here by themselves all night.” The husband nodded, walked over to the two children, and patted the boy’s hand. Hi stirred for a moment, and opened his eyes. He looked upon the man’s face in shock. Quickly, he shook the girl who lay across him, until she woke to the man’s gentle face as well.

“Are you the fairies?” The boy asked, rubbing sleep out of his eyes. The wife came up behind her husband. “Why yes, we are.” She knelt down next to her husband.

“The girl nudged the boy. “I told you they would come.” The boy smiled at her and gave her a hug. Then he looked at the Fairys.

“Will you take us with you? Isn’t that what you’re here for? We promise to behave.”

The wife looked at her husband in shock. He nodded to her. They were wanted to adopt for a while now, but they didn’t know how. “We can take you in, but only if you absolutely want to go.”

The little girl smiled. “Believe me; we’ve been waiting for you forever.” The husband and wife smiled.

They took Tommy and Beth home with them, and the next day, adopted them.

You just need a little faith and the fairies will help you. 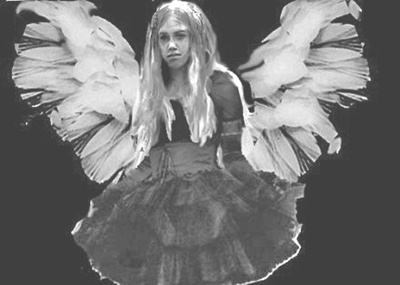 The author's comments:
Sometimes people don't have hope and faith in their own God. Some people don't have a God. Fairies are like God to a child: They have super natural abilities and can make your dreams come true. The world of magic is extrodinary. The world of love and laughter can be opened if you just show a little faith. It will make a difference in your life.
Post a comment
Submit your own