Once upon a time there was a beautiful girl, who had an awesome sense of fashion, had good grades and great friends. Her name was Claire and she also had a mom and dad who were her best friends. Claire had a sister named Frankie, and she was always left out. Frankie was loved by her sister and parents, but had no friends! One day a fabulous French fashion designer came into Malibu, where Claire lived, and was looking for a soon to be fashion designer. Coco Chanel had accidentally bumped into Claire and it became a great bump. She wanted Claire to come be her assistant, and she did! So Claire would leave and be gone for about 2 months in France! So Frankie would not have a single friend and be lonely for 60 days!!! So Claire decided to give Frankie a social boost. She had Frankie attend the MTV awards and have Dakota Fanning as her accompaniment! When Claire was leaving she had her parents take Frankie to Dakota's house and get ready. When Frankie arrived, she thought she was going to pass out, so she took a little time in the Jacuzzi, and had strawberry margaritas.

After Frankie had rested a bit, Dakota and Frankie received Mani’s and Pedi’s and enjoyed talking. Now another special thing that Claire had given Frankie was a new "Hot Juicy Couture" mini hot pink dress to wear at the MTV awards!! Frankie loved and was very grateful for what Claire had done!! She looked beautiful, she felt as if she was a movie star, her hair was tasseled in scrunched curls, her make-up was funky to match her dress, it was absolutely amazing. Frankie and Dakota arrived in Hollywood looking extremely beautiful out of a pink hummer stretch limo. And guess what? Zac Efron was her date, as he laid eyes upon the beautiful creature, he wondered if he was in heaven! Frankie was having the night of her life, Fergie, her favorite artist, had won the award for best single of the year! "Big Girls Don't Cry", and as Fergie announced her superb speech, she said I would also like my biggest fan, Frankie Williams to come and sing with me my hit single!! Frankie felt as if she were going to die, she went on stage and sang perfectly!! "And... Big girls don't cry, like a little schoolmate in the school yard, we'll play jacks....."

Frankie had everything that she ever wanted; a recording contract, famous friends, a great sister and a HOTT boyfriend! She called and thanked Claire, and Claire said that it had been live on T.V and that everyone at school had listened!! All of the schoolmates had wanted to be her BFF!! She did not know what to do, the next thing that she knew she was singing with pop singers, and modeling agencies and movie directors were calling her! Dakota and Frankie were also going on trips to Hawaii and the great mall and going to all of the designer stores and spending loads and loads of money. Frankie’s life was a fairy tale, and then there were movies explaining her amazing life because of Claire! She was on the covers of all of the magazines and was popular teen of the scene!!! Then all of the sudden................. (TO BE CONTINUED) 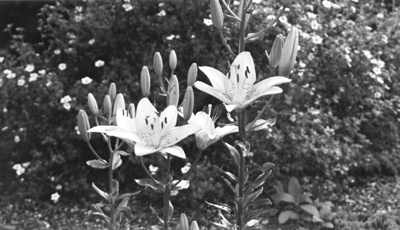 The author's comments:
I was inspired by zac efron to write this funny comedy
Post a comment
Submit your own