An old man named Brownie dozed in a bus station with a cigar drowning in his stale beer and a map in his hand and a Reader’s Digest open before him. The escalators went up and down eternally, blurry before his faded, teary eyes. Clinking coins and the monotony of robot voices over loudspeakers at distant terminals and the smash of luggage, all revolved in his soul.

“Gabriel?” he croaked to his guardian angel. He looked over his shoulder at the pink, setting sun, the whole horizon bathed in a vat of dying light. “Gabe, old boy, can you help me find my way, to that ole bus to Heaven? I do believe I lost my way.”

A shrunken hunchback in police uniform cast a glazed look at him. “You need help, sir? You look…lost.”

Sewing machine parts clinked in his suitcase, and he limped to the men’s room door.

Two police guards exchanged strange looks. “That old man—he doesn’t look too honest. He is acting like a rat with dementia. He is bafflingly magnetic, though. He’s like an itch. He’s a song singing in my ear that I don’t know. Something tells me I know the old fool.”

Brownie had nothing valuable in his suitcase but two tickets for a small beach town in California. This seemed rather too light for a suitcase, but he was a poor man, and having a suitcase made him feel rich. Someone had thrown it over the bus station fence, and he’d just found it. He was wearing pajamas and had beard clippings stuck to his grizzled face.

As the bus honked, he strolled outside into the damp evening with dreamy but purposeful strides and eyes suspended above everyone else’s. He had the half-alive, fading look of thousands of people leaving for work every day with their lunch-bags clutched in calloused fists. Brownie’s eyes had no real lights in them—just the sunset searing his bifocal glasses. Blindly, he staggered toward a ripped, vacant seat.

Nothing mattered to Brownie anymore, and he had reached the point where he took in the freaks around him—the strapless women and college kids and sleepy Albanians and shapeless hags. He could speculate and babble and dream about the people’s life stories, without thinking he was crazy. They would listen to him in the silent space between coming and going.

He was telling the people, “I knew I wanted to be a magician. All my life, I wanted to be a magician! I saw Harry Houdini at the theater when I was five. Harry trapped himself in chains, upside down, in a tank of water, and he worked himself free. I was fascinated. My eyes bugged. I swore I would break those magic-trick records. If I couldn’t make it to magic school, I’d be a trapeze artist. Lordy, that was my resolve!”

“What happened? Did you bust outa jail?” smirked a young kid.

He said, “I got a top hat, a pet rabbit, and enrolled in magic school. I’d dropped out of grammar school at age twelve. At twenty, I was trailing circuses and carnivals and balancing eels on my nose. They called me the Stunning King of the Impossible. I married a girl named Liesel, whom I met at a nightclub. We had us a baby boy, a Ford Coupe, and moved into a house I built myself in the open forests.”

“What happened, Brownie? Did your house burn? Did a bear attack? Was there a hurricane? A flood?”

“Nothing like that happened. Only the slow fading of magic. The quiet death of dreams. Life. Liesel wasn’t ready to settle down, and she hated childcare, she said. One day, I arrived home to find a note on the table, next to the heart pendant I gave her, saying…saying she was gone. I gave her all I had, and she couldn’t take it. Struggling to survive, I started farming turnips on the land when magic shows were slack. We lost our land to the government, forgot to pay our bills, got the threat of debt hung over our heads. The Ford Coupe broke, and I had to haul it to the crusher. Our little boy got sick with a heart complaint he’d been born with, and we had no money to pay for his surgery.

“Every time I put on my makeup and took over the stage, I wanted to weep. I only stole little things from people. Tiny amounts of cash. I hypnotized people as a magic trick, and then I picked their pockets. While I felt sick about my crimes, I knew I couldn’t stop until I crashed. Besides, I had my little boy to help!

“It was a long time passing in jail, but I itched to grab those bars and escape. Or if I couldn’t escape, I wished for a fiddle, or a conga drum to play. Music would help me dream my way out of what magic couldn’t fix. This is the Stunning King of the Impossible!

“After I was released on parole, I gazed at my reflection in store windows, and wondered, ‘Who is that old crook?’ Then I thought, ‘Oh, it’s me. I went bad wrong. Everyone hates me. My life is the most depressing song. My son died of a sick heart. I have no home, no job, no magic, nothing.’ I’ve got…only me. I can’t lose myself, now!”

He had nothing but a thousand miles to California before him, so he took off his hat, which had no rabbit or frog or gold coins hidden, and he tipped his hat to the pink vat of sunset. He took off his hat, and his hands clenched around his empty suitcase.

Having heard Brownie’s tale, the passengers felt obliged to comfort him. They loved on his crooked heart. Children climbed up on his grubby shoulders. They felt they must tell Brownie their own life stories. So they did. Brownie had an etch-a-sketch face. It told a thousand stories, no matter how hard his emotions shook him up. 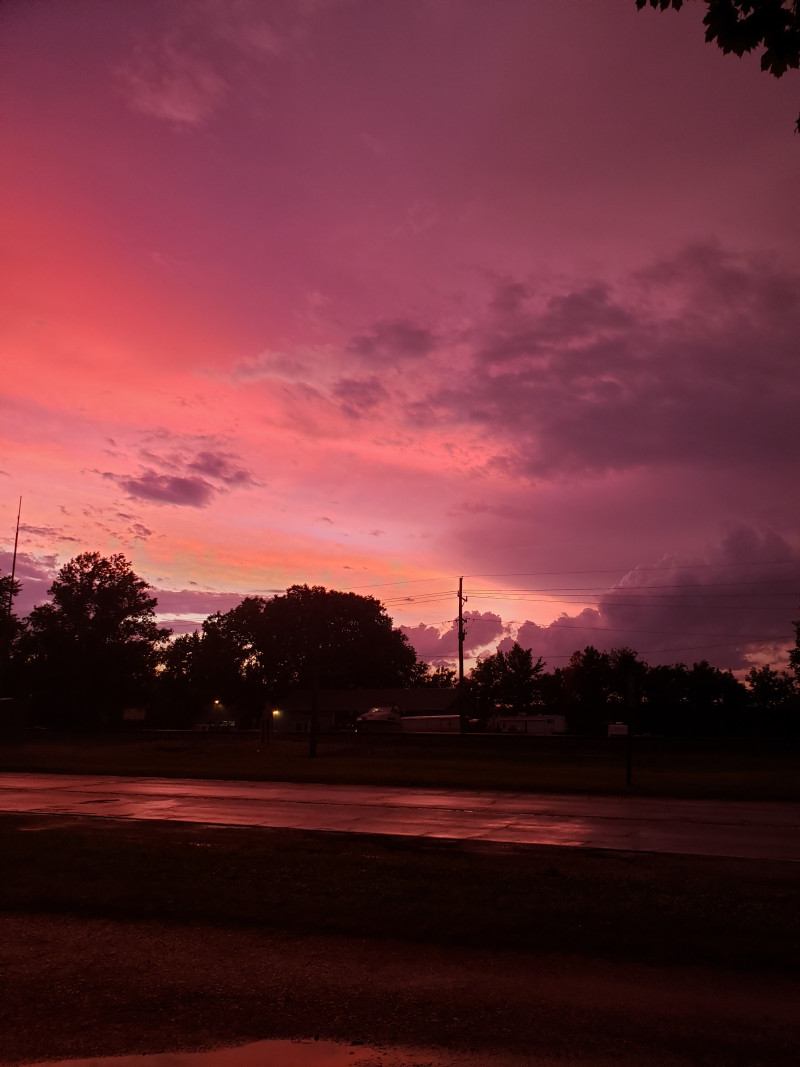 I once heard that the etch-a-sketch symbolizes life, death, and rebirth. This story is about a sad old man who turns to compassion and storytelling when he realizes he will never find an answers or hope in his life.

Favorite Quote:
“I am a California girl, born and raised, so flip-flops and cutoff shorts are my go-to look."

View profile
i use most second accounts to see if anyone notices its me. ie crystal melody. lol I accidentally ended up cyberbullying myself with one... it was deleted, of course. i guess I was in character?
LKQgirl GOLD said...
on Aug. 6 2021 at 9:44 pm
LKQgirl GOLD, Somonauk, Illinois
17 articles 17 photos 63 comments