The Bakery in the Back Lane, Part 1 | Teen Ink

The Bakery in the Back Lane, Part 1

The year I turned seven was the year my mother was a pastry chef at the Sweet Dreams Bakery, and my daddy was still browsing for a job. That was the year we lived in New York City. We’d moved there from a small New Jersey town where we’d lived for the last four years of my life (the first two, we still lived in Haifa) so every day was a new adventure.

I went to second grade at George Washington Elementary School in Queens. The place wasn’t a fancy New York City school like I’d expected, but it wasn’t a dump, either. It was more or less like my old school, but with a bigger playground. The playground at my old school was a field with a baseball diamond at the edge. This school had a swing set, two slides, monkey bars, and a merry-go-round. As the new girl, I was usually doing what I did at my old school- drawing in the dirt with twigs.

I got good grades and I was a good kid. Despite the fact that I didn’t make too many friends, I was pretty OK.

After school every day my older brother, Chaim, who was in fifth grade, waited for me outside the second grade exit door, and we walked the two blocks to the Sweet Dreams Bakery from school. Other kids walked the same path, only they would either turn right and go home, or the older kids would hang out at the other stores on the back lane of business- Sammy’s Deli, The Little Ice Cream Shoppe, and Mary’s Candy Store. Chaim and I walked past all the scary high school kids and went to the second-to-last store on the street, right before Super Cuts, and entered.

The world of bleak gray never-changing sky and gum-coated sidewalk dissolved as the chimes that the owner of the Sweet Dreams Bakery, Maria, had hung up on the door, rang. The bakery was a pretty haven amongst the unwashed floors and greasy tabletops of the stores around it. The scent of jasmine and cloves filled the air, because Maria always put fresh flower bunches on the black-wire tables around the bakery. The floor was polished marble and the counter displayed the latest goods- beautifully decorated cakes, mini strawberry tarts, plates of brownie cupcakes, giant cookies. The wallpaper had a rose-petal decoration and the fluorescent lights bathed everything in a warm glow.

This particular Monday, at the sound of the chimes signaling the door opening, Jeannie, the girl at the counter, looked up. “Hey, Hi-em! Hey, Hannah!” she said, still not able to pronounce our names correctly.
“Chaim,” Chaim replied sulkily.
“Oh, sorry,” Jeannie said. “You know how I am with pronouncing your guys’ names. Well, your mom’s in the back with Ellie.”
“Sheva,” Chaim muttered as he led me to the sleek silver back door.

The kitchen was quiet today. Our mother and her fellow cook, whose name I still did not know after a month of being here, were in there, mixing batter. Our baby sister, Elisheva, was in the corner of the room in her playpen. The scent of baking pastries was stronger in here, and I breathed in the smell, closing my eyes. It was so much better than at school.
Our mom looked up as the door opened. “Oh! Shalom, Chana. Shalom, Chaim. How var you doing?” Her accent was thick, like a spice filled the air when she spoke. She let go of her mixing spoon for a second to hug us both "hello".

As she got back to mixing batter, she asked the usual questions. “How vas school hayom?”
“Good,” I said halfheartedly.
“Horrible,” Chaim said cheerfully.
“Good. You have zoo much homevork?”
“Not much,” I replied, yawning.
“A zillion worksheets and an essay!” Chaim told her happily.
“Ze tov. And you make new friends?”
“Kind of,” I said, bored.
“Nobody!” Chaim announced joyfully.
“Good. Vell, you can have a cookie for snack, and then do your homework, bevakasha. I don’t vant to stay up until ten o’clock again, all right?”
“All riiiiiight,” Chaim sighed.

The two of us each grabbed a cookie from the fresh batch lying on the counter and went to sit at the chairs in the window. I zipped open my backpack and pulled out the thin floppy book I was supposed to read for homework, and opened it up. The cookie was delicious, as usual. I read and read about the silly little girls in the book that looked at butterflies in the fields and thought how they were free. I took a moment to look up and saw Chaim, instead of doing his homework (though his cookie was long gone) staring out of the window at the rain that was now drizzling onto the street, staring with a horribly sad look in his eyes.

“Chaim!” I said. “Chaim!”
He turned and looked at me. “What?”
“Chaim, what do you think about when you stare out the window and you look so sad?” I asked.
He stopped looking sad and now he looked really, really mad- mad at me. “That’s none of your earwax, Chana.” He still had his Israeli accent, like our mom, because he’d lived in Israel since he was five. I couldn’t even remember Haifa.
“But Chaim! I wanna know!”
“Read your book.”
“I don’t wanna.”
“You’re so annoying, Chana. Sooooo annoying.”
“Chaaaaiiiim…”
“Guys, stop fighting,” Jeannie warned us gently. “There are other customers, you know.”
Chaim rolled his eyes. “Whatever.” 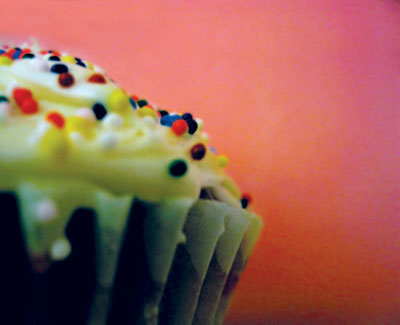 The author's comments:
This article involves some tough issues, so it's a bit sad, in a way. It's a short story, and I think I did a pretty good job on it. Also- this is set in 2003, so keep that in mind. And sadly, it's only Part 1.
Post a comment
Submit your own

View profile
I like it so far! I'm. Looking forward to part 2.