The rain dripped fondly on the sheen glass of the windowpane. She sighed deeply in affection while staring at blurred nothingness. The view had never been more beautiful as it was with a layer of rain to look out from.


It represented everything she felt, a thunderstorm of waning love keeping her away from the bleak reality of life beyond. There was only a noiseless peace, a wonderful lack of distractions. It was her. It was the dream.


It was as if she were in some game of hide and seek, and her turn as Hider had not yet ended.


For as long as she could, she would stay hidden.


A blanket of shivers settled along the back of her neck and the deep end of her stomach while she caressed her imagination with a sense of yearning. When life let her see the world through a new lens, she could do nothing but take the new, accept the new, adapt to the new, and live the new.


While she still could.

Youth would fade over time. She hurriedly sucked in the memory of the moment and kept it under lock and key in the core of her mind. Never could she forget.


Solitude was comforting in its silence. She sometimes found she resented the mangled and dramatic businesses that came in one package when entering teenhood. Confusion and frustration, then, overwhelmed and toppled the sanest of people when accompanied by complaints from friends, unforeseen arguments, exhausting distress and awful family situations.


Sometimes, it did her good to get away, just for a little while.


Eventually, she knew, the rain would stop pouring and reveal what truly lay beyond the horizon, probably something nasty, something she would fail to handle, something that would be the final straw.


She took a staggering breath when realization coldly blew in her face, and she asked herself the dire question: Did she really want to go back?


It was probably a century later, but the tears finally began to flow, dripping in slow, staccato beats onto the wooden floor, forever to leave their mark of her sadness.


There was nothing left in her world.


In her isolation, there was really no need to care about life. If she went into the abandoned room beneath her, and if she opened the drawer she knew would hold the precious glinting knives, she could end it. She could end the sorrow, end the pain, end the fantasies.


Because what she wished for was a bag full of happy endings, and, with her parents gone, there was no more chance to get it.


So she would go ahead with the plan. She would grab the knife and plunge, as she had so often seen herself done in her dreams. She hurried to the stairs and took a step.


And then there was a creak. Oh, sweet distraction, so small and insignificant, yet it gave her a lucid moment to snap out of her trance. There was no telling who, or what, could have joined her in the peak of her decision. Then again, it didn’t really matter.


An image of her three younger brothers, all smiling up to her, looking up to her for guidance, only longing for a helping hand to bring them past their confusion, emerged uninvited. How cruelly death could act, tearing apart happiness, giving the weak a reason not to live.


She wrapped a hand around her neck in sudden fright, realizing how close she had been, how death had almost flicked its tongue at her, a slithering and silent creature.


Was that really the way to go? To take her own life, and leave the rest behind in a blind decision?


For she was blind. There was no clear path she could follow, nobody to reach out and hold her hand while she trudged helplessly along that road of life to finally get to…


A flower bloomed in whole and she tentatively touched it in her mind, unconscious that doing so suddenly gave her hope to keep going, to never stop moving until she reached a wall.


Here, she had reached the smallest of hills, created because her parents’ bodies, buried unevenly in the earth, stood frighteningly in the way. She could leave their lives behind, but keep their memories. It was all there was to it.


To simply… persevere. That fork she would reach down the road would come in time, and she would face it head on, strong in her being.


She took the final steps to reach the main floor of the cabin and headed in a different direction than the room that had held her thoughts for days. She opened the front door as the downpour turned to a drizzle, lightly spilling drops onto the green filled ground.


How… beautiful… it all seemed, even in the last minutes of the day. She frowned as she stepped out into the mess, her conflicting feelings still at war.


The sun was not to appear again that day. She watched the sky for several seconds, willing any form of light to lead the way. There was nothing.


She put her hands in her pockets and shivered in the night, starting home. A clot formed in her throat, a sign for the wrong choice. Indecisiveness barred her way, caught her in her tracks until she was shaking with grief.


Up ahead, calls wafted their way to her ears. She heard them, but did not listen while her face became a mask of tears once more. That she would keep convincing herself her choices were wrong… She loathed herself for it.


The shout jolted her and she fell in the wet mud, sniffing.


A twig broke somewhere to her left. Footsteps padded the forest greens. Wind made the voices clearer, until it seemed they were on top of her. And always, they asked, “Where are you?”


It took a great push, but she put her hands firmly on the ground, not caring that the dirt stained her palms so nastily. With a staggering breath, she stood and wiped the remaining tears from her face.


It was as if she was trapped in some game of hide and seek, and she had just taken on the role of Seeker.


For as long as she needed, she would keep on looking.


Three voices called vehemently to her, and each voice struck her so forcefully, so passionately, that now it was hard to respond, hard to ignore. For now, she nodded to herself; for now, she had to try. 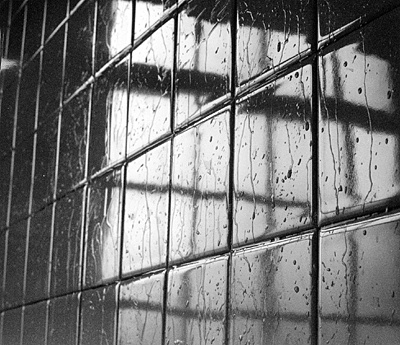 The author's comments:
I don't know how I got from watching the rain fall silently on my bus window to this story, but I'm kind of glad it was raining when I wrote this, or else it never would have been created.
Post a comment
Submit your own

This article has 34 comments.

Favorite Quote:
“Do not wait to strike till the iron is hot; but make it hot by striking.” – William B. Sprague

Favorite Quote:
"We are the music makers and we are the dreamers of dreams" -Arthur O'Shaughnessy (but also from Willy Wonka and the Chocolate Factory)

View profile
I really love your style of writing, although sometimes it can get confusing trying to keep up with what she's just thinking about and what's actually happening. But other than that, it was great!
Garnet77 PLATINUM said...
on Jun. 2 2011 at 8:17 pm
Garnet77 PLATINUM, Sinagpore, Other
31 articles 6 photos 577 comments

View profile
Thank you so much! Maybe I'll try to make this piece a little clearer in the beginning. I really appreciate the comment! :)
Garnet77 PLATINUM said...
on Jun. 2 2011 at 8:15 pm
Garnet77 PLATINUM, Sinagpore, Other
31 articles 6 photos 577 comments

Favorite Quote:
"No great genius has ever existed without some touch of madness." - Aristotle

View profile
This was an excellent piece of literature. Some of the sentences were quote worthy. The flow was very poetic but not artificially wordy to try to sound intelligent. I love repetition and softness in writing and that's what this was. I really liked it. However, it took me a little too long to understand the story at first. I only fully got what was happening towards the end, and even then I wasn't completely sure. That's my one minor complaint. I always try to do at least one. :P
live.laugh.spaz GOLD said...
on Jun. 2 2011 at 1:18 am
live.laugh.spaz GOLD, Singapore, Singapore, Other
11 articles 11 photos 32 comments

Favorite Quote:
laughter is a tranquilizer with no side effects

View profile
i love this! so descriptive, your imagery is great! i think it might sound better in past tense though, but its great
Garnet77 PLATINUM said...
on Jun. 1 2011 at 5:10 pm
Garnet77 PLATINUM, Sinagpore, Other
31 articles 6 photos 577 comments

Favorite Quote:
All generous minds have a horror of what are commonly called "Facts". They are the brute beasts of the intellectual domain.
-Thomas Hobbes

I agree with the idea of the fork in the road. Funny because I wrote a poem about a fork in the road representing teen decision making. It's actually posted on here. Small world :P

Anyway, excellent job. I love your style. You are very precise and your wording is so creative and compelling. You have true talent, keep writing!

Basically, this girl has had everything taken away from her, and she wants to kill herself ("She could end the sorrow, end the pain, end the fantasies"). But then she gets distracted by a sound ("And then there was a creak") and she changes her mind about wanting to die. She thinks about what she does have.

Her feelings are at war and she doesn't know if anyone else can help her, but she knows she has to try. I was trying to point out the indecisiveness in some teenagers with this story, as well as the 'stuff' they have to face at times--but the best way to face it is to simply try.

I hope that explains enough. :)

I love the style you wrote this in! it is so smooth and full of smiley face tricks! (which are just figurtive language) plus I like how in the begining you repeated yourself...very catchy!! :D but my only problem is I didn't get it.....at ALL! so if you could explain it please! Thank you!

View profile
This was a great story, full of contemplation.  The fork in the road was a good metaphor for the decisions we make as teens.  Great job!