A Change of Pace | Teen Ink

A Change of Pace

Doris gazed at her reflection in the cracked mirror—a weary middle-aged woman stared right back. She bared her lips in a pathetic attempt at a smile. Flecks of crimson lipstick stained her teeth, and her mouth quickly reverted back to its dour line. She attempted to fluff her graying curls, but to no avail—they hung limply at her neck.

“Doris, if you’re not on stage in five minutes, I swear I’ll throw you out,” bellowed Mo, the corpulent bartender manning the front of the Crusty Hippo, a seedy bar nestled between two decrepit buildings.

“Empty threats,” Doris sighed and lit a cigarette. Wispy coils of smoke curled in the air as she exhaled lazily, savoring each drag. I’m forty-five years old and the only job I can keep is in this hell-hole of a bar, she thought sardonically, tapping the end of her cigarette onto the table Mo tried so hard to keep clean. She loathed her job, but it was her only source of income. She had to make sacrifices, which included dealing with a fat, obnoxious supervisor.
He bungled into the back room expertly balancing an assortment of mixed drinks. “I’m warning you—don’t try me on this one!” Mo barked, saliva spraying the mirror as he thrust his pouchy face into Doris’s pointed one. “Get out there if you want your paycheck!” She caught a whiff of his sour breath and quailed under the stench. He shoved a feathery pink boa into her hands and stalked off.
The old men who frequented the Crusty Hippo made it a point to catch every bit of Doris’s throaty, soulful voice every Friday night as they had nothing better to do with their sorry lives. Their testosterone levels skyrocketed when she performed her strip-tease to the pulsing rhythms of “Fever.” With every suggestive shrug of her shoulders came a roar of drunken approval; less was definitely more as far as they were concerned. She wasn’t known as the “sultry songbird” for nothing.
Tonight, however, was time for a little change of pace. She had absolutely no intention of wearing that horrid feather boa or sending those farts into cahoots when she hiked up her skirt.
Class is what we need here. And we all need a change of pace, don’t we, Mo? She thought mischievously. With one last puff, she snuffed her cigarette and prepared for her act.
Doris sauntered on stage in a gleaming gown of midnight blue and a silvery wrap, an ensemble she had so meticulously prepared for an occasion such as this. The sparse audience which consisted primarily of aging male factory workers gasped in delight. Lorenz, a regular, wolf-whistled; Doris smirked indulgently.
“Hello, boys,” Doris said breathily. “I’m switching it up a bit, hope you don’t mind.” She offered them her signature wink and cued the music.
It wasn’t the usual pulsating jazz beats, but a more sophisticated, melodious sound. A harp strummed softly, and Doris began to sing in dulcet tones of the purest soprano.
“Nessun dorma…” She sang of despair, jealousy, heartbreak—themes that played a role in her own life. Opera was her passion, a genre so lyrically simple, but so irrevocably deep that to grasp it fully would be impossible. Although in Italian, these lyrics that had endured the test of time still spoke to her. She caressed each note, a soft kiss—yes, she was born to sing opera.
The final chord faded. A moment’s silence.
A rotten tomato soared through the audience and slapped Doris in the face.
“I paid for a show, I want what I paid for,” Lorenz spat. The audience muttered in agreement. Doris threw him a steely glare.
“Anyone else have a problem?” A volley of decaying vegetables flew on the stage in response. “Fine,” Doris shrieked, “Fine! I’m done with this. This ship has sailed. I quit.”
She was going to be an opera-singer, that much she was sure. She lived and breathed singing. If this filthy hovel didn’t appreciate her talents, she would take her gifts elsewhere. The future held the unknown, and that was exactly where she was headed. 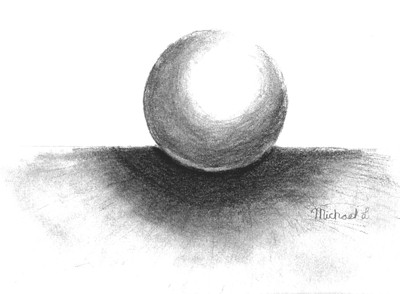 The author's comments:
This short story reflected my own desire to "change pace." I felt like I was scampering on a hamster wheel, which I parallel to the monotony of routine. I simply wanted to break out. I hope readers can relate to this humorous account.
Post a comment
Submit your own