Is it a good idea?

His wife was fast asleep next to him hugging their new child to her chest. Their child was only a few weeks old and already he was getting a trip of his lifetime. They used to live in a little townhouse where he had a good job as an ESL teacher. Unfortunately he got laid off due to budget cuts, forcing him to find a new job, soon enough he got a job offer in Dubai. his job, he accepted. He told his wife who was just happy to be able to have a secure job for him and their famil. Now that they are actually on their trip did the man start to worry. What would his wife's parents think when they told them the news? What would the environment be like for his child: How is his little boy going to do in Dubai? He gazed down at his son's face, resting peacefully in his mothers arms, being rocked gently by the sway of the train. He was making the right choice. He needed a job and Dubi payed good. His son would grow up learning two languages and going to the best private school they offered. His wife would live comfortable. Yes. He was doing the right thing. He smiled as he kissed his child's head and the mother of the child on the lips and closed his eyes in a sleep, being swayed by the train. 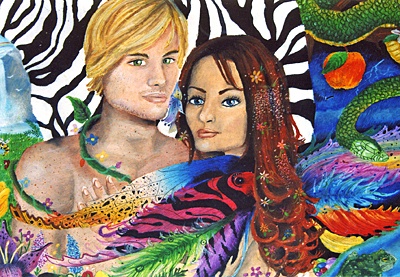