Dear Diary,
I. Hate. My. Life.
My mom actually forced me into moving in with Dad and Nina. I’ve spent one night here in Nina’s apartment, and I absolutely hate it. Yesterday night at dinner, she tried to talk to me as if I were her daughter or something. As if she hadn’t treated me like crap whenever Dad wasn’t around.
She’d asked me what I planned to do with my life. If I was planning on going to college. What I wanted to major in. If I was currently seeing anyone. Why Cole and I broke up. And a whole bunch of other stuff too.
And if I chose to ignore any of her numerous questions, Dad would get angry and yell at me, telling me to treat Nina with respect. By the end of the night, it took absolutely all of my willpower not to strangle the woman.
At least Mom had let me spend the rest of March at home. But once April came around, that was it. I was sent off to live with Dad and Nina. Because Mom thought that I needed to form a healthier relationship with my father. But forcing me to live with him was only going to make me hate him even more. Not to mention make my life completely miserable. 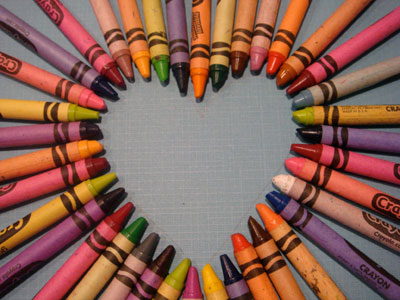 The author's comments:
Ok, so here it is! The first chapter of the 3rd story in the EC+AM=4ever story! And I'm sooo super excited to be writing it too!!! I hope you all enjoy it! :)
Post a comment
Submit your own

Favorite Quote:
When one door of happiness closes, another opens; But often we look so long at the closed door that we do not see the one that has been opened for us.

View profile
yeah you have to email the editors of teen ink & tell them which articles you want to delete & copy and paste the url that goes with the article too
Still_Waters26 SILVER said...
on Aug. 7 2010 at 3:22 pm
Still_Waters26 SILVER, Ladysmith, Wisconsin
6 articles 0 photos 88 comments

View profile
Hey TeamJacobArchuleta, I read earlier that you said you learned you how to delete submitted articles off Teenink.  Can you tell me how to do that?  Or did I hear you wrong....
Emmaline said...
on Aug. 6 2010 at 8:05 pm
very cool!!!  but i punched a car i wouldn't leave a dent it would leave a big burise on my hand!!  but thats just me!
OfficialApprover PLATINUM said...
on Jul. 28 2010 at 8:57 am
OfficialApprover PLATINUM, Orefield, Pennsylvania
48 articles 0 photos 1752 comments

View profile
thanx so much! i'm so glad u like it & so happy to be starting the 3rd story in my series!!! :)
Chinadoll BRONZE said...
on Jul. 23 2010 at 5:34 pm
Chinadoll BRONZE, Dallas, Texas
3 articles 0 photos 172 comments
View profile
I love it! Such an interesting devopement!! What's gonna happen with Nina I wonder. 5 stars!! Great Start!