Lightning flickers across the nearly desolate parking lot in front of the Angelo’s Angelic American Coffie Café. The lightning flashes again, and a silhouette of a hunched forward figure, clothed in faded blue ripped jeans and a black hoodie can be seen casually sauntering toward the entrance of the café. As the figure draws closer, there is another lightning flash that exposes the mysterious figure’s face, showing its slight tinge of red, topped with horn stubbs protruding from his head. The figure, or the DEMON’s face is twisted in a sinister sneer as he slowly opens the glass doors revealing a cheerful café interior.

The DEMON, steps into the café, water steaming off his hoodie. He slowly drifted to the empty ordering line. The Angel, wearing a simple white uniform and a helo can be seeb serving as a cashier. As the Demon pulls off his hoodie, the ANGEL, serving a couple, suddenly recognizes the Demon by his horns on his head, and shows a flash of surprise and anger on her face. In the background, you can see a MAN wearing a brown fedora and an oversized brown coat, meander slowly toward the ordering line. Also visible in the background is a SPECTRAL HUNTER in a dark trench coat wearing a bowler hat, stweing in the corner while drinking a dark coffie, face unsceen.

(Casually as he rifts through his wallet)

Can I get two espressos, and a BLT to go?

Is that all? Can I get you a knuckle

sandwich to go as well? How about I

give you back some of the destruction

you gave to my boss?

(In a babyish voice; mockery)

I’m sorry, did I hurt your feelings? Should I

go to the pharmacy to get you some Bandaids for

your boo-boo? Besides, you were less than civil

How dare you! You were the one who

said that we shouldn’t let our jobs

get in the way of our relationship!

I don’t remember that. However I do

remember you hexing me for a full year

to become a frog. The scary thing is

That the only way I got out was because

a little girl decided to kiss me.

That was great, but still, I did it

because you decided to curse me to

eternal sleep until some random guy

decided to kiss me. That was horrible

(Walks up behind the devil in the line)

I’m sorry, I don't mean to interrupt, but

can I order something really quick?

I’m in a little hurry.

Why do you have to be such a jerk?

Just because you work for one doesn’t

mean you have to be one. Besides what

happened to us? We used to be the most

powerfull spirits of the land

Just because you work for a goody

two-shoes doesn’t mean you have to be one.

(Over the din of machines in the back)

Aren’t there other cafés to terrorize?

I mean, this isn’t the only café in

the entire world. I heard that Mcdonald's

next door has tasty and cheap coffee.

Well, I mean, this is the only café you

work for, and besides it's no fun to mess

around with other cafés. Most humans faint

within five minutes of seeing me, and anyway…

Can I just order my food really fast?

I promise it won’t take long.

chin and muttering to self)

Easy pickings, I like it. How much of a

price would ya’ think I could get for their

heads on a stick?

Just shut up! I swear I’ll rip out

your entrails the next time you speak!

I don’t get annoyed by much, but

you are getting on my nerves.

they are better than us spectrals.

You know what, I have some free time.

(Waits for an answer)

Alright, have fun, but don’t take

(With a devilish grin to her boss)

You get a thirty second head start.

(With a smirk to the ANGEL)

(Turns and runs away while sobbing)

The ANGEL can be sceen running with the DEMON after the MAN. The man gets into his car and drives away, accidentally scraping a car in his hurry. The angel slows to a stop, holding the demon’s hand. Both of them look at their conjoined hands for an awkward moment, before glancing away at their shoes and remove their hands. Suddenly the rain starts all over again as they remove their hands. As the SPECTRAL HUNTER leaves the café and starts walking with purpose toward the confused angel and demon, the rain stops in place, and hangs in the air.

(With panic in her voice)

What just happened? The rain is just

Floating in the air!

(Sighs, slowly turns around to face

(With confusion in her voice)

to a standstill, head of pure

Me, except this time I’ll claim your heads,

not just your parents’.

(With anger and fear in voice)

You took our parents and left us to rot.

Isn’t that enough pain and suffering for

besides, who wouldn’t end two teenagers

for a great sum of three million dollars?

Do you know what you could get with that

Money? Mortals will do basically anything

For a penny now adays.

You used to be one of our dad’s best

Why would you back stab your best friend’s

Your family had a twelve million dollar

Bounty on your head. I already have

collected 6 million from your mother and

father. Once I’m done with you two, I will

have my full twelve million dollars to

spend with my own pleasure. Besides, your

father and mother were dead after they both

decided to get married. The ancient Taboos

that have lasted more than a millenium were

Broken, and that wasn’t even the worst of it.

They decided to have you two, breaking them

Even if I hadn’t released their souls,

someone else would have.

Who would do this anyway? Our family friends

have always been great to us.

What about the man in front of us?

The people who sentenced your family to

this wretched fate are your bosses.

It’s the only thing those two could agree

on in a millennium.

That explains why he finally gave you a

break from all of these years.

It will be very quick process.

You don’t have to do this!

Several things happened at once. As the magicall lasers drew closer to the two spirits, the ANGEL released a buble of black energy that struck the SPECTRAL HUNTER. As he flew back, the DEMON released a white energy buble that protected the two from the red lasers.

(incredelous as he slowly climbs to his feet)

It can’t be! A demon and an angel had

two hybrid children! This has never

(picks up revolver lying near him)

No matter, I’ll end you two, regardless.

I have never been good at channeling

(Looking at his hands in wonder)

This explains a lot. I never realized

dad was an angel either.

(with fear and surprise)

ANGEL jumps and takes the shot for DEMON

(Turns around in surprise)

How could you do this?

At leat I have nine million now.

(Running away from expanding energy)

The SPECTRAL HUNTER is sucked into the dark void, and the blackness dissapears revealing DEMON and a healthy ANGEL.

(Wipes a single tear away)

(Friendly punches Demon in the shoulder)

Didn’t you forgot you have pure energy

(With a friendly smirk) 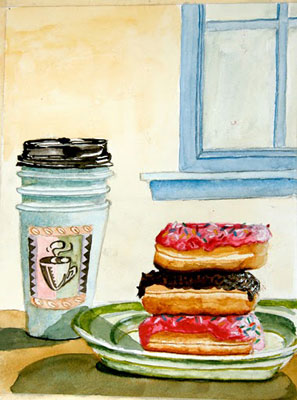 This was an assigment from my teacher.