How to Host a Murder Without Even Trying---Preface | Teen Ink

How to Host a Murder Without Even Trying---Preface

The men closed in around her. She wanted to scream, but no sound would come out of her mouth. They were going to kill her! Or at least, that's what she thought. One of them raised his hand to strike her. "Sorry, your highness," he apologized sarcastically, "but blindfolds and gags are so old-fashioned." Next thing that happened, Elgitha blacked out.

Elgitha awoke in a small bedroom, several hours later. The fist thing she noticed was that it was pink. Very pink. A Disney Princess border lined the room, displaying the sappy sweet smiles of Aurora, Belle, Snow White, and Cinderella. Two bookcases lined the far wall, a built-in bookshelf running the length of the room. A twin bed, recliner, desk, and dresser were the only other furnishings in the room. A plush, tan carpet gave the room a certain homeyness.
She was sitting in an uncomfortable armless chair, tied to it by her middle. Several other women were in the room, surrounding her. They were clearly her guards. There was no chance of escape.
"Ah, you're awake, Princess Elgitha," one of them said with a sarcastic deference in her voice.
"Where am I? Why am I here? What's going on?" Elgitha demanded.
"I'm afraid I can't tell you exactly were you are. Suffice it to say, you are still in Staten Island, New York, but now in an unsuspecting host's home. You are here because, simply put, you have been kidnapped by our brilliant leader and his men. At the moment, nothing is going on here," the same woman explained coolly.
"Why have I been kidnapped?"
"Come, come, your highness. You must have some idea!"
"No, actually, I don't."
"I'm afraid I'm not allowed to say. Our time is up, anyhow. I'll send the men in. It's their shift to guard you." The five women stood up and exited the room. Five bulky men took their place less than 4 seconds later. Clearly, she was a valuable prize.
"Are you the leader?" Elgitha demanded of the large man closest to her.
He started to laugh, a cruel, heartless laugh. "Do you really believe that a person as distinguished as--" he caught himself, about to say the name, "as our leader would guard his prize personally? Oh, really, highness, you are funny."
"Well, why am I here?"
He looked at her curiously. "I'm surprised, my lady!" he said disappointedly. "Perhaps our leader was wrong about your wit. Either way, you may figure it out, but I will give you hints. You are engaged to who?"
"Charles L'amone."
"Who is prince of where?"
"Austentashus, of course."
"True or false: Austentashus is the richest country in Europe?"
"True."
"Do you have anyone who might possibly have something against you?"
"Well...yes, but...but that was years ago!"
"You're a smart woman, Elgitha. You put the puzzle pieces together."
"You mean--"
"Of course! Our leader is holding you ransom! If Charles doesn't pay up by the wedding date, we'll kill you--unless you misbehave. Then we'll kill you before that."
Elgitha stared at the dark man before her, wide-eyed and paralyzed. Before she could say anything else, she heard the front door downstairs open. 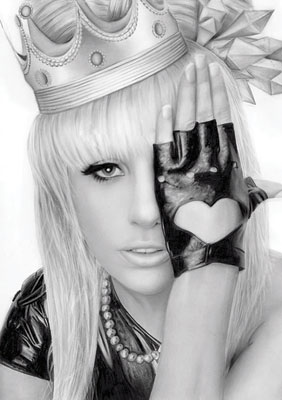 The author's comments:
Ok, this is the beginning of a dream I had a little while ago. It's quite epic, and has 4 other chapters. Oh, and a word about my room. I re-did it in pink when I was ten. We haven't been able to repaint yet. Hope you like it!
Post a comment
Submit your own

Okay, I have a bit of criticism.

1.  You need more description.  Your writing consists mainly of dialogue, but I think readers would like more detail.

2.  More emotion from the protagonist.  Right now I feel as if the protagonist is just calmly sitting in the chair.  Could you add interior monologue or something to make us feel her terror?

3.  The dialogue is a bit stiff.  It sounds really weird when I read it aloud, not at all how real people speak.  Especially if they're uneducated, unsophisticated guardsmen/women.  Try reading your dialogue aloud.

Despite all this criticism, I think the idea here is intriguing.

NiC=! But I think she needs to be alittle more scared. Like she should struggle against the ropes and glance around the room looking for escape. Something like that. Close your eyes and picture yourself held captive in a Disney Princess room and try to transfer those feelings to paper.

Nice job! I look forward to reading the other parts

(By the way, check out my story: The Serial Killer Next Door (parts 1 and 2)

Favorite Quote:
It aint no thang but a chicken wang