Favorite Quote:
"You may kill me, but you may never insult me. Who am I?"... "Captain Jack Sparrow." - Pirates of the Caribbean: At World's End

It was well past dusk. The moon was not in the sky that night. The year was 1919 and World War One had just ended in Paris, which was the reason for our celebration. I stepped into the ballroom of the famous Palace de l'Elysée . A shinning golden staircase was the main feature of the beautiful room. The room was sparkling gold so much, that some might think of it as Heaven, but to me it was a death house. A chandelier was lit by a hundred candles slowly shrinking in exhaustion from holding up their fire. Golden statues guarded the entry into the room and at the bottom of the staircase. Their weapons being only lit candlesticks. The staircase lead to the second floor, which looked over the first.

I wore a beautiful golden-yellow ballgown with gold sparkles and a ruffled skirt. My straps had fallen down my arms, revealing my shoulders and beautiful amber pendant on a golden chain. My mask was twinkling like a thousand starry nights, but golden. My blonde hair was in loose curls that bounced behind me as I walked.

They gave me no description of him, not even a name. They simply told me I would know him when I see him. I didn't understand, so I kept my eyes open for any man that might stand out. I walked around the beautiful dancing figures to the bottom of the staircase. When I looked up the staircase, I saw him. He was in a complete deep red tuxedo and a blood red mask, not sparkling, but shining. His black hair was tamed back. We made eye contact on instant, and his black eyes pieced my soul. He finished his conversation with a smiling couple and started down the stairs toward me.

“May I have this dance?” His hand was held out in front of me, while his other hand was placed behind his back. With my silk gloves, I put my hand in his, and he led me to the middle of the dance floor. He put one had on my back, while the other held my hand. I placed my other hand on his bicep. We began spinning together in a waltz. All I could do was follow and stare into those black eyes as windows into his black soul. The music was suspenseful. My head began to become dizzy. The spinning was too much, or was it those evil black eyes. I felt myself drop to the floor.


I slowly blinked my eyes open to see those same black eyes. He was sitting on a brown chair next to me. I was on a fancy brown couch in a beautifully decorated room. It was very vintage; the candlesticks, the curtains, the painting of a gray-haired man mounted on the wall.

“Lay back down. You passed out while we were dancing, so I carried you to this room. You can rest here.” I could here the music, so the ballroom must be just outside the room. I laid back down because I was convinced of what he said.

“Who are you?” He had a look of confusion on his face. It was as if he were going over his life in his head; trying to recall where he'd seen me before.

“My name is Annabella. I am the cousin of the Grand Duchess Charlotte.” The truth would have been much harder to tell. I was given certain information to tell if asked. I fake name and position was necessary, or so they told me.

“No,” he shook his head in disbelief, “no you're not. I know an American when I see one.”


“I am brother to the Prime Minister of France.” He sat up straight as if trying to fit his title.

He leaned closer to me and half whispered, “Then I guess we both are a long way from home.” We stared at each other for a moment, then he spoke. “Where have seen you before?”

I took on his half whispered tone, “Maybe in a dream.”

“Maybe.” His hand came up to my face and gently caressed my forehead. Then he began to pull my mask off, but I stopped him. I got up and headed for the door to the ballroom.

“This is a Masquerade. We should be dancing.” I opened the door to reveal the same beautiful ballroom, but it wasn't as stunning or interesting as when I had first walked in. When I looked behind me, the man was right there. He took me by the hand and waist and led me to the dance floor. Then he whispered in my ear.

“Until I find out who you are and how I know you, I will be the only one you dance with.” After all this time, fear had finally set in. I had to remember why I was there and what he did. What he did that I had to punish him for, and yet the world will never know of his betrayal and of my bravery. I shall never go down in history, but at least I could set punishment on a demon.

We did a Renaissance style line dancing. The women would line up on one side and the men on the other. We would pass each other and end up on the other side, then join in the center; palm to palm. As we spun, he whispered to me.

“As I said, it must have been a dream. We've never met.” He took my hand and led me off the dance floor, and back into that room. Then he shut the door, and his voice was no longer gentle.

“I don't know your real name, but I know that I've seen you before.”

“Tell me, have you ever been to New York?” His stare became a glare, and those black eyes nearly crushed my soul. It made me take a step back. He began to walk toward me, and I resisted the urge to run. He grabbed my arm with a tight grip that I could never escape if I tried.

“You know more about me than you're saying. What do you know?”

“You tell me.” His grip got a little tighter, causing both my arm and his hand to turn red. He was silent. He wouldn't answer me, which means he's thinking the same thing as me. “Just tell me this. The war was over, so why'd you do it?”

“You're an American. You see your dear Theodore Roosevelt as a hero, don't you? He wasn't everyone's hero. What did they think when they found him? They knew it was murder right away, but they didn't tell the world that. They said he died in his sleep from blood problems. No, they lied, they knew it was poison.” My fears grew with every second, and it didn't help that his grip never got looser.

“You killed him.” He looked like he was going to say something, but he stopped when our eyes met. My pale blue eyes stared into his black evil eyes. His grip softened, but he didn't let me go. He looked at my neck to the amber pendent. Then he looked back into my eyes. His gentle half whisper returned.

“I do know you.” He used his other hand to lift my mask and reveal my flawless skin. The amazement in his eyes almost lightened their color. I put my hand on his cheek, and I thought about taking his mask off, but it would only make what I had to do harder. We leaned closer to each other until our lips met, and we shared a perfect kiss.

I reached behind my back to take out a knife that was hidden in my gown. As our lips were still together and our eyes closed, I pressed the knife into his belly. When I opened my eyes, he was smiling. He fell to the floor and I kneeled next to him. His whisper was pained and came with short breaths.

“I realized where I had seen you before... You were right... It was in a dream.” He took my hand and kissed it, but there was something else in his hand. “See you in heaven.” He breathed out, but never took another breath. His body was still and lifeless. I closed his eyes, but I left his mask on. I felt a tear roll down my cheek as I tried to hold them back. I loved him.

I looked at my hand, where he had given me something. It was a vile with a skull and cross bones image. “Poison!” My vision started becoming blurry, and I was having a hard time stand up straight. I looked at his dead body. “You knew this would happen!” I dropped the vile and ran out to the ballroom finding myself in the middle of the dance floor. Dancing figures surrounded me, and many voices were yelling at me to get off the dance floor, but my hearing was fading. The figures made me dizzy, or maybe that was my own dying heart. I dropped to the floor. The last thing I saw were those figures crowding around me. Then my world faded to black. 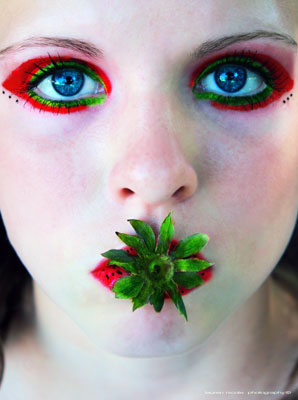