As I walk toward it, I can’t help feeling even more emptiness inside of me then the gigantic hole. And knowing soon I would be inside of it almost gives me a feeling of me coming home. As in the beginning when I started with nothing, grew up with nothing, I will now end with nothing. I am now at the edge and I start to see memories in the pit. Not just random ones, but warm, comfortable ones. Ones that make you feel happy on the inside. My first day of school, oh how naive I was thinking it would be easy. Maybe if I would have gone later or not at all my life would be different. I may not be as “smart” as I am now, but at least I would have possibly missed the points that tore my soul to shreds. But it was too late for that, many people ridiculed me and the people I thought were my friends turned on me and I was like a sheep being led to the slaughter. Every day began on the bus thinking what unbearable things I would have to endure today. Would it be more name calling and teasing, or would they finally slaughter the ever so vulnerable lamb that was my will. And needing glasses didn’t help either, it just encouraged more and more torment. And finally when I figured out the problem it was too late. It was unbearable. I had thought of many times just ending my pain and sorrowful existence, but decided maybe tomorrow would be my long awaited silver lining.


Just as I am about to fall into the abyss, I look over to another pit and see someone barely hanging onto the edge. I run over and notice it is a young girl, caked in tears, digging her fingernails into the last edge of solid ground. I see her slipping and I make a dive out for her. Her hand’s lose their grip and she closes her eyes, just accepting that she would rather fall then keep fighting to get back up. I reach down and grab her arms, preventing her from being swallowed by the very thing that wanted to swallow me. As I try to lift her up, she struggles against me, wanting to fall, wanting all her struggles to just go away, but I will not allow it. We go back and forth, struggling between being lifted into salvation, and a certain, almost wanted doom. But I will not give up, I will not let her fall. I will pull her up from the darkness and bring her into the light, away from all the demons trying to pull her down. But for now we struggle, not yet knowing who the victor shall be… I hope it’s not her. 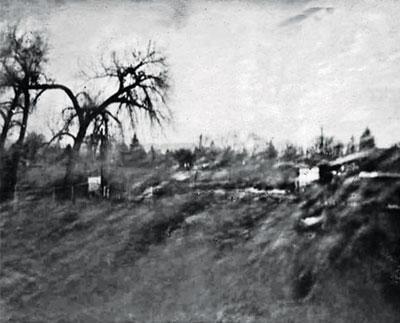