A New Source of Energy MAG

This past summer, consumers lamented soaring gas prices. In Chicago,prices at the pump reached an almost unheard of $2.12 a gallon. More recently,violence in the Middle East - the region that we depend on for oil - has sparkeda sharp increase in gas prices across the nation. Our heating oil supply isdangerously low and costs 67 percent more than it did a year ago. These criseshave raised the question of how the United States can achieve a more efficientenergy supply and become less dependent on OPEC.

As recommended by VicePresident Al Gore, President Clinton attempted to ease the oil shortagetemporarily by tapping into the nation's Strategic Petroleum Reserve. George W.Bush, on the other hand, said the U. S. should become more self-sufficient tocorrect the deficiency and would do so by drilling for oil in Alaska's ArcticNational Wildlife Refuge.

These plans may both provide brief relief fromhigh oil prices, but they do not address the fact that the burning of fossilfuels in automobiles is filling our air with unburned hydrocarbons and nitrousoxides. These emissions produce smog, which irritates the eyes and respiratorytract, reduces visibility and has increased the death rate in urban areas duringlong periods of time.

To address this problem, government agencies havepassed regulations concerning pollutants, but levels continue to rise inAmerica's metropolitan areas. The fact is that America needs to find a new,clean, reliable and renewable energy source to alleviate our increasing energycosts and clean up our air.

That energy source is the fuel cell.Essentially, this is a state-of-the-art battery that draws electrical currentfrom reactions between chemicals. The fuel cell can use a number of fuels such asgasoline, natural gas, methanol and hydrogen. It operates efficiently, quietlyand without the emissions of the internal combustion engine. The fuel cell isalso very reliable since it has no moving parts.

Not only can thistechnology power a car, a stationary fuel cell can generate up to 200 kilowattsof electricity. Several of these units together could power a smallcommunity.

Fortunately, the government has begun to recognize that thefuel cell may be a solution to our energy problems. In early October, PresidentClinton signed a bill that appropriates $100 million for research.

Funding and research alone, however, aren't enough to transform a society sodependent on fossil fuels. The government must also provide incentives for theauto industry to produce cars with fuel cell technology. It should perhaps offera tax credit for those who purchase a car with a fuel cell.

In this newmillennium, we live in a world that is rapidly consuming its main source ofprosperity. Fuel cell technology, along with legislation and the support oforganizations and individuals, could propel us into a new era of energy and endthe contamination of our air. 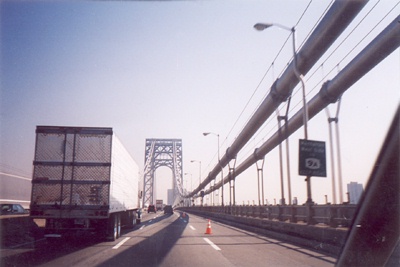