Is Afirmative Action the right thing to do? | Teen Ink

Is Afirmative Action the right thing to do?

In East St. Louis, they have next to nothing. The schools are rundown sewage in the streets and schools. The government of that area says that they are a hopeless cause, so they don’t give them sufficient funds to keep the school running and teachers paid. This sis the definition of a bad school. Now do you think that kids should get extra points on their resume if they went to a school like this? Lets say that a kid from HCHS has a 3.5 GPA and got a 1450 on the SAT. And a kid from the school has a 3.5 GPA also but got a 1400 on the SAT. I would choose the kid from East St. Louis because, he had a harder time learning and getting those good grades than the kid from HCHS.

At schools like the one in East St Louis they don’t get enough money to pay their teachers so those teachers quit and leave the principal up a creek. Substitutes become full time teachers and it makes it hard on them and the kids. When teachers quit then classes will have to get bigger to accommodate to all of the students without a teacher. This makes it harder on the teachers to teach the class. How could anyone teach a class of thirty-five and make sure everyone understands what they are being taught and then have to answer all of their questions. It is near impossible to do all of this and still keep everyone up to speed on what they are learning.

Some might say that this in ways can be racist or unfair. All I have to say to that is, is it racist or unfair to not have anything? Is it racist or unfair when the school that you are at doesn’t get enough money to pay for things because they are a “hopeless cause”? No it isn’t, there is nothing racist or unfair about it. I do understand that just because you are black or Latino you should get points for that but if you come from a school like the one in East St. Louis and get good grades, then there should be some points given for that.


Another argument against affirmative action is that it will encourage people to not work hard. I don’t understand how they won’t work hard just to keep out of the place that they came from. If I was born in the same area as some of these kids did in East St. Louis then I would try to make sure that I never go back.

In conclusion, I believe that affirmative action points should be given on grades based on what school system they came from and curriculum. What I mean by this is that if someone come from one of the East St. Louis schools and has a 3.5 GPA and got a 1400 on their SAT and someone from HCHS got just a little better than them then extra points should be given to the student from East St. Louis to help them get into a good college. I also don’t think that this is racist, sexist or unfair because of the transgressions that the students from the East St. Louis schools that the students from private schools or some of the better public schools have to deal with. 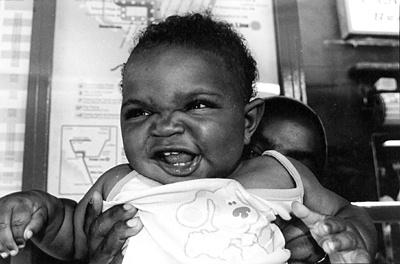