Animal Testing Awareness and What NEEDS to Change | Teen Ink

Animal Testing Awareness and What NEEDS to Change

To what extent is animal testing necessary for the development of medication and cosmetics?

Scientists can easily control the animal-like diet, temperature, and lighting environment, this would be difficult with humans. However, the most important reason for using animals is that it is wrong to consciously expose people to health risks to monitor the course of their illness. Conducting animal experiments is very important for improving the quality and livelihood of people. Animal testing in the laboratory is why medicine has made tremendous progress. In fact, seven of the last ten  Nobel Prizes in Medicine were based on animal experiments. Institutional studies have led to antibiotics for infectious diseases, vaccines to protect against deadly viruses, and surgery for injuries, illnesses, and malformations. Animal testing has not only helped humans. It has also been shown to benefit living things. Tests and studies conducted in the laboratory and institution have created treatments that help improve animal health and extend lifespan.

Pets, wildlife, and even endangered animals can benefit from animal testing. Today, animal testing has opened the door to vaccinations against rabies, tetanus, parvovirus, and other diseases found in dogs, cats, and many livestock. Animal testing helps all living things, humans and animals to live longer, healthier, and happier lives. Humans are very complex organisms, and we know much more about the interactions and structures of animal and human chemicals. The only way scientists can discover more ways to benefit humanity is through organisms with human-like traits. In biomedical research, cells, DNA, and proteins are examined in multiple tests, and there is no substitute for living organisms in research.

Many different animals are used in animal experiments. Some examples that exist in the laboratory include monkeys, mice, cats, dogs, and rabbits. However, certain animals are preferred for conducting specific studies in specific areas. For example, dogs used in animal experiments are made up of young beagle dogs that are often used to study cardiovascular problems. Other animals are used in orthopaedics, including genetic studies, heart and lung studies, senile studies, cancer studies, and the creation of prostheses such as hip and knee replacements. Of the many animals used, researchers often use rabbits in medical toxicity and safety studies for devices, vaccines, and drugs.

Scientists developing a coronavirus vaccine for the 2020 global pandemic tested their prototypes on genetically modified mice to attempt to ensure that they would not exacerbate the virus. If there had been a chance that perhaps the vaccine may cause harm to humans or end up making the virus worse instead of better, it would never have been made available to the public. It has previously been said that there is no other way to research a complete living organism, this is why animals have been used.

According to Robinson, a 2009 study used more than 222,000 rabbits, more than any other species subject to the Animal Welfare Act (AWA), followed by guinea pigs and hamsters as widely used as toxicity tests and models. I am. Studies of infectious diseases, cardiovascular disease, neurological disorders, and substance abuse. Both mice and rats are widely used in vaccine and drug research and testing, and birds are used in organ development and deformity, visual impairment, muscular dystrophy, and nutritional studies.

Of the many animals used in laboratory studies, the most common are chimpanzees. It shares about 99% of its DNA with humans, making it a good target for testing categories such as drug toxicity before going to a pharmacy. Some oppose animals as a test model for scientific research. According to some experts, "Studies published in leading medical journals show that animal testing is a waste of life for both animals and humans, and is valuable in trying to infect animals with diseases that they would not normally receive. It has consistently shown that it is a valuable resource. ”Needless to say, some experiments performed on living animals have nothing to do with human health and well-being and have not contributed to the medical success.

Animals should not be tested for cosmetics or beauty products because it is unnecessary and doesn’t have a required benefit. Animal testing is often an unreliable method of determining human benefits. The outcomes of tests performed on other species are frequently and insufficiently extended to humans. Several illnesses that humans catch and establish cannot be passed on to animals, and vice versa; thus, animal testing can waste resources, time, vitality, and funds.

Animal testing is a problem because of the controversy involved. There is no doubt that it is a very controversial and ethical issue. There is an ongoing debate about animal testing and experimental ethics. Some people argue that all kinds of animal testing should be completed, whether for toxicity studies or simply for testing to gain more knowledge about human health. They believe that it is wrong to treat animals only as tools or objects for further knowledge. Opponents of animal testing also believe that animals should have as many rights as humans to live a full life without pain or suffering. On the other hand, many others are not suitable for unnecessarily abusing animals, but animal models provide vast scientific resources, so animal experiments need to be conducted and continued in the laboratory.

However, with the advancements in science and technology available today, many people wonder if animal testing is truly necessary for the betterment of humans. Those who oppose the use of live animals in biomedical research facilities have expressed strong opposition. Animal rights activists and animal rights organizations have done their fair share of raising awareness of the contentious issue and assisting in the implementation of change. Those who oppose it are adamant that using innocent animals and endangering their lives and health is not worth compensating for humans. Many facilities have been found to abuse the animals used for biomedical research and to treat them with extreme cruelty and mistreatment. As a result, laws have been drafted and proposed to make animal testing more humane.

It's been revealed there is another testing method, known as Vitro testing, in which researchers test on human cells in a Petri dish instead of on animals because the cells are human; thus, the tests are more accurate. This method also allows animals to live their lives without being disturbed. According to the National Institutes of Health, 95 percent of medications that have been shown to be fully secure in animal tests fail in human clinical trials because they either do not work or are dangerous and damaging to the human body.

To conclude, animal testing can evidently be extremely beneficial to the development of many very necessary treatments, however, it is misused for less necessary ‘needs’ much too frequently. We need to spread awareness of this and make sure the people surrounding us check whether the products they use come from brands that use animal testing. Some of these brands are commonly used and popular ones such as Aveeno, Always, BVLGARI parfums, Clarins of Paris, Clinique, Givenchy, Jo Malone, LaRoche Possay, L’Oreal Paris, Pantene, Revlon, Tide, Versace, and many, many others. Please be aware of what you buy and choose to use! 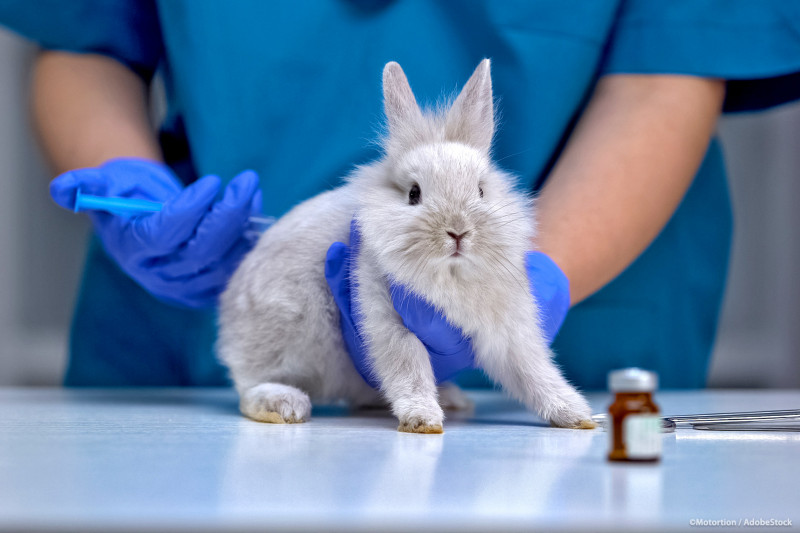 © Sianna B., Nairobi, Other

Animal testing is one of the many topics of which people have extremely different views on. It has been used in medicine since the time of the ancient Greeks. Before developing treatments for health problems, medical researchers must first understand them. Some diseases and health issues are caused by processes that can only be studied in living organisms. Some argue that animals are required for medical research if they are impractical or unethical for human use. For a variety of reasons, animals are regarded as excellent research subjects. Animals and humans are biologically similar. They are prone to many of the same health problems and have a short life cycle, making them easy to study throughout life or across generations.