Favorite Quote:
"Irregular people are only irregular because regular is out-dated" " Make Moments, Last Be Exciting"

“Be real”, the most common motto among all teenagers. No matter what sex, religion, or age, this statement stands having millions of definitions. So, what it does mean exactly to “Be real”?

Some males would argue being real as a motive to prove one’s self whether in strength, knowledge, ability, or all the above. His urge to satisfy both ego and first prioritized influence is where his esteem and courageous confidence resides.
In the case of the female being real may be a much more complicated matter. The ability for female teens to choose to be real adds to the already befuddling equation. Girls are ostensibly more emotionally incline than most guys; that doesn’t serve as a right for them to be treated differently thou. None the less, since such a vast topic cannot be give justice in one inconsequential article, there are only a few significant issues that may be briefly addressed on this matter.

The first, “swagg” better referred to as personality. Every girl is different in some form or fashion and should be given the chance to express their “swag”. The second is mindset, the mindset of most teen girls are almost one in the same; to prove such theory, I'll direct your attention to authors such as, Ni-Ni Simone, L. Divine, Kelli London, Sharon Draper, these author as well as other well-known teen series writers bring to light the reality of teen life, it ups, downs, and in between.

Their stories connect to the lives of most teens in such a way that it’s almost as if the main character’s name could be replace with reader’s name, while people in his or her everyday life play the rolls of the other significant characters. From pier pressure to the major teen topics such as sex, teenage pregnancy, school, relationships, and anything else that is involved in the lives of teens is covered in most teen series which is said, “ to give teens a positive message and teach them that they conquer anything.”

The third and overall would be simply re-track back to the whole topic of being real. To be real isn’t just a saying but seem to be more like a lifestyle. Teens are more inclined now than in past years. Technology is on the rise and so is the conscience and minds of all teenagers. There isn’t any inscrutable mystery that is left unexamined, no more stones left unturned, no more as most say, “beating around the bush.” To be real is simply to be true, to be you. 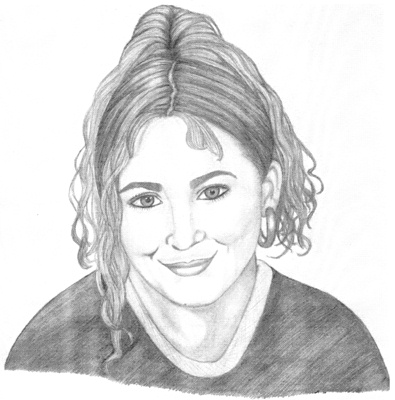 The author's comments:
From my point of view on what being real is.
Post a comment
Submit your own