DDT’s Effects on Ospreys: A Research on a Local Conversation Attempt | Teen Ink

DDT’s Effects on Ospreys: A Research on a Local Conversation Attempt

In the 1940s, one of the first modern synthetic pesticides was created: DDT. It was quickly put into common use before many of its risks and dangers were publicly recognized. There was no Environmental Protection Agency before the 1970s. During the 40s and 50s, the matters were handled by the US Department of Agriculture, which pushed for more restrictions on DDT. Partly due to Rachel Carson’s Silent Springs in 1962, and partly because of DDT’s environmental effect and possibly being a carcinogen (a substance, agent, or organism that causes cancer), the EPA banned the pesticide in 1972 after its establishment.

One of the numerous negative effects of DDT was its impact on the birds of prey populations. Their population has been decreasing during DDT use and has demonstrated a rise after the ban (Grier 1233-1234). While there wasn’t evidence pointing to DDT affecting the adult birds of prey’s deaths, it was connected after tests to impairing the birds’ eggs. DDT breaks down into DDE, a chemical that thins eggshells which harms the birds’ reproductive success (“The Case of DDT”). DDE interferes with the parent’s calcium metabolism which makes it lay eggs with weak shells or infertile eggs (Bull et al. 469). A report in 1980 said it was unable to calculate the half-life of DDT in the ecosystem, this meant that it was a problem that was going to stick around into the modern-day.

Ospreys are birds of prey that hunt fish in the daytime. The DDT incident put a huge toll on its population. In Connecticut, it’s met with a 30% annual decline compared to the usual 2-3% (Ames 87). There were decreases in Massachusetts too. The major decline was between 1890 to 1930, with only roughly 35 pairs in an area that had four times that amount before (Ames 88). Ospreys play a huge part in ecosystems. They regulate species by hunting, but since they are migratory birds they do not overhunt. Since their migratory range is so large, their ecological impact is demonstrated in many places worldwide. This also meant that building bird sanctuaries is a bad idea. Ospreys are extremely sensitive to pollutants in water, falling victim to food polluted with DDT and taking a hit (“Osprey’s Ecosystem”). Since an important part of the ecosystem is negatively affected for such a long time to such an extent, many efforts from both the government and the public have been developed to protect and conserve the species. The bird population has been gradually recuperating since.

One of the many efforts in public assistance, a local project for ospreys in our area, is the South Coast Osprey Project. Starting in 2004, the project is located at Westport, Massachusetts, “home to one of the more significant breeding populations of Osprey in North America.” The project is supported by partners like Mass Audubon and also by volunteers (“South Coast”). The project website currently holds data and a detailed explanation of their efforts and methodology on their 2016, 2018, and 2019 field seasons. However, on their main page they have a graph that displays records from 2015 and 2017. They monitor 80 pairs of ospreys and their breeding activity at Westport. They also built platforms to help the parents nest their chicks and band the birds for long-term tracking.

Their five years of record have demonstrated gradual recuperation, but there are some anomalies left unexplained. Four out of the six variables being measured have displayed rising success, with “Successful Nests” decreasing infinitesimally. However, on the other hand, the lack of a detailed 2017 field report results in an inability to explain the sudden sharp drop in eggs hatched - the specific part of the ospreys’ breeding cycle that was affected by DDT. While 2018 and 2019 had lower numbers compared to earlier years, it does offer reasonings citing temperature drops, harsh weather conditions, and accidents caused by humans. In addition, the 2018 and 2019 field seasons portray a recovery from the unknown hit in 2017. The project offers an explanation for the drop in total birds fledged for two reasons: nature and the birds’ nature. Besides the bad weather, SCOP states that the ospreys will, at some point, become so feisty that the workers’ skin and digits would be at risk. After all, these are predatory, wild birds, and we shouldn’t intervene with too much of their lives. This meant that if they tried to fledge but failed, the workers have to rely on locals nearby to report sightings or rescue the chicks.

Although there were some questionable anomalies, and some unexplained failures at times, the project was most definitely a huge success in recuperation. A long-time osprey researcher Rob Bierregaard wrote on his osprey tracking blog that “As [he] watched all those Ospreys, [he] thought about how depressing it must have been to study this colony in the early 70s, when over a three-year period about 25 pairs were unable to fledge a single young.” He then remarked at the recovery attempts, “How different it is now! The population is growing, all the platforms seem to be occupied, birds without a nest platform are nesting on the ground, and some are "going retro"--nesting in trees! (“Osprey Pages”)” 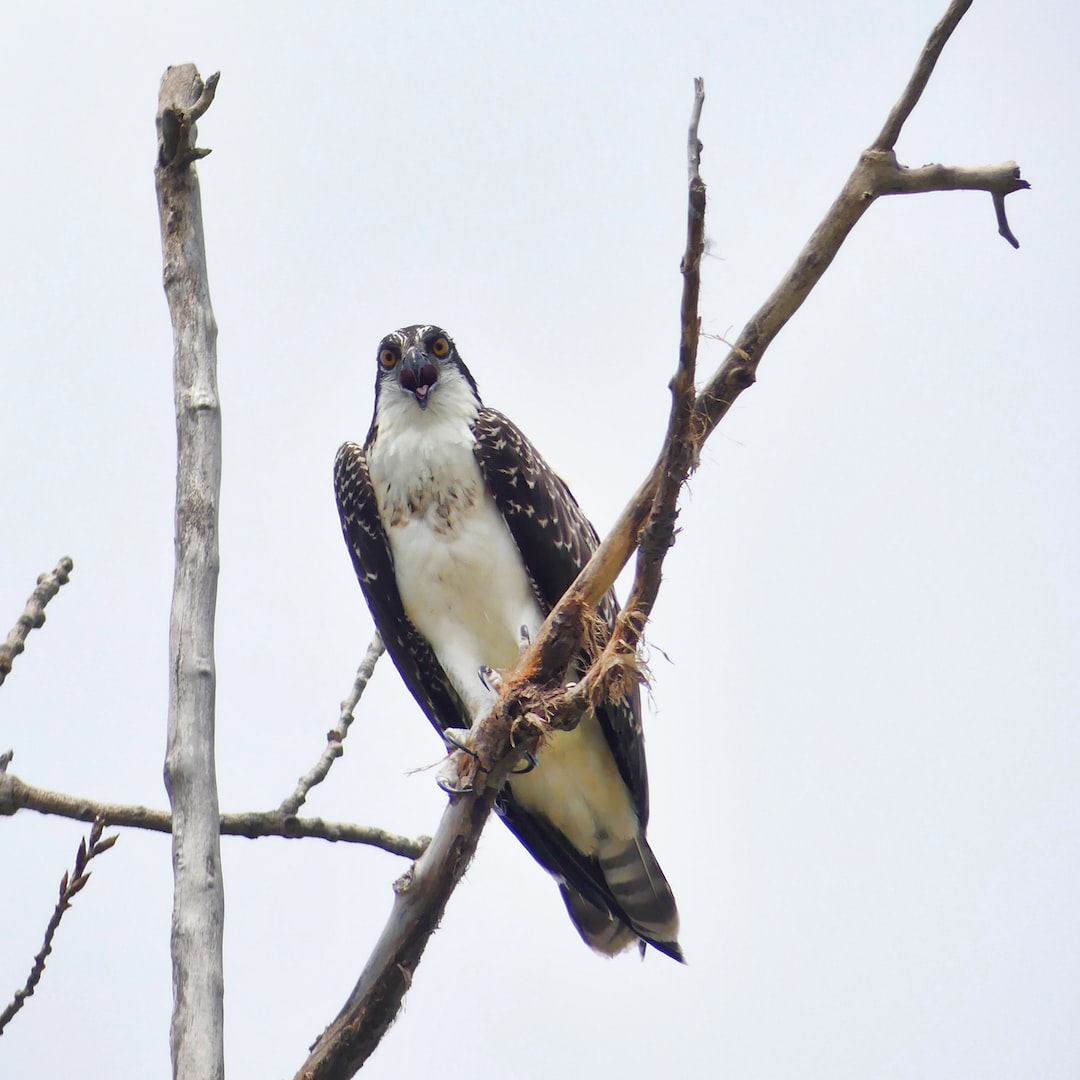 Photo by Steve Medwin on Unsplash