The Soviet Union has always been an interest of historians because it successfully industrialized itself from 1920 to 1930, despite having such a different political and economic system compared to the Western nations. The Soviet Union relied on socialism in economic development, which categorized the country's economy as a command economy where the government made most of the decisions and created many regulations. The process of industrialization was rather successful and rapid, considering that the same process was completed in Western nations in hundreds of years. However, whether the ways in which the Soviet Union industrialized itself were justified has always been controversial. Some historians argued that it was justified because it accelerated the process that converted Soviet Union from an agricultural state into an industrialized country. In contrary to this view, many other historians believed that it was not justified because it undermined human rights and resulted in unnecessary deaths. Both of the above views will be presented and elaborated in essay. Many historians believe that the process in which the Soviet Union industrialized itself was not justified because it was unbalanced in the sense that light industry remained underdeveloped and it violated human rights, in particular freedom. There was solid supporting evidence for this view, and they are listed below. The government officials in Soviet Union overlooked the development of light industry in order to rapidly develop heavy industry. The first five-year plan in 1928 set goals that were too unrealistic.

A 250 percent increase in overall industrial development. And a 330 percent expansion in heavy industry alone. Known as the Great Leap Forward, the first Five-Year Plan was intended as a brake was to see my capitalist economic policies of the preceding several years and the commencement of a broad cultural revolution. This revolution is the subject of many children's books during the time period. Although heavy industry developed rather rapidly. Light industry remain underdeveloped, underdeveloped with shortages of consumer goods occurring. Light industry is actually responsible for producing the necessities of life or goods that are directly connected to people's materialistic living standards. If Soviet Union had the free market system as the one in the United States, there will always be producers willing to fill the gaps of the market in order to gain benefits. Guided by the invisible hand, however, the Soviet Union had a command economy where the government makes most of the decisions. People do not have to have the freedom to conduct the business practices that are seemingly profitable. Therefore, the gaps in the market resulted from intentional or unintentional decisions of the government can be extremely beneficial to the people, namely the domestic customers. The other development of light industry after the industrialization of Soviet Union reveals that the process is not totally justified because it did not directly resolve the needs of the people, and it reinforced the command economy and undermine freedom.

The US are also taking tremendous efforts in agricultural collectivization, eliminating private property and distribute every necessity of life in the name of the state. Marxism-Leninism introduced the ideology. The property should be redistributed by the state in order to establish an ideal society based on need instead of ability. Stalin, as the predecessor of learning, was obviously in support of learning the economic proposition and initiated agricultural collateralization through the first five-year plan. Although the process of collectivization appeared to be quite a success from a microscopic perspective, the actual enforcement was not as desirable. About one million Kulluk households, some five million people were deported and never heard from again, which in a disastrous destruction of agricultural productivity and a catastrophic famine. In nineteen thirty-two to thirty-three agricultural collectivization promoted Stalin's plan to quickly industrialize Soviet, despite the incalculable human rights. The tremendous loss of human lives as a result of Stalin's economic policies in rural areas was greatly attributable to various factors. The first thing that the caterers on the local levels were so keen to meet the standard to meet the targets set by their superiors that they were exploited, the grains and bread that originally belonged to the ordinary people. This was entirely unjustified because the food did not return to the people by the communal canteens. In fact, the food was transported to the industrialized cities to further support Stalin's economic policies in urban areas.

Also, the productivity of individuals significantly declined because the nature of crime because of the nature of communal farms. The invisible hand that guided the people to seek for their personal benefit suddenly disappeared, and they found themselves working in farms without sufficient motivation to argue that it was justified. Indeed, because accelerated the process that converted the Soviet Union from an agricultural country into an industrialized country. This view is also well supported by the following pieces of evidence before the industrial revolution. The Soviet Union had an economic system mainly constructed by agriculture. Industrialization guarantees the country's long-term success by constructing the foundation to enable it to become competitive on the world stage. Furthermore, such decisions were important to accelerating the world's overall development, considering that industrialization in one country can lead to increasing international trade and eventually benefit the entire world's economy. Furthermore, Alan, a famous historian, argues that Soviet agricultural land productivity was good by North American standards. Indeed, when then productivity is taken as the measure and assessed according to the U.S. and Canadian standards, Soviet agriculture was actually efficient. To evaluate the above views objectively, whether the evidence support the argument and whether the argument itself is valid will be assessed. The first argument is solid because the evidence provided support. The claim that Soviet industrialization was not justified by explaining it did not benefit the needs of the people and hindered their freedom.

The counter argument, however, was not entirely solid because Soviet Union actually did not engage in international trade very much after industrialization, and the country's success should not be evaluated on its power on the world stage. Instead, a country's success should be evaluated if on if it benefits the people. Therefore, the first argument is valid and the counter argument is invalid. Before concluding this argument is podcast, a piece of literary work in a contemporary Soviet picture book is included according to a contemporary Soviet picture book. On, according to the Five-Year Plan, we need gold. It helps us to build new factories, schools, houses, clubs, and health centers for workers. We need gold in order to hasten the construction of socialism to quickly rate, reach and overtake capitalist nations to rest the workers of the whole world out of under the power of gold. In conclusion, the process in which the Soviet Union industrialize itself was indeed not justified. The process in which the Soviet Union industrialized itself was not justified because it unbalanced the sense that light industry remained underdeveloped and it violated human rights, in particular freedom. And contrary to this argument, the process of the progress of Soviet industrialization was justified because it accelerated the progress and the converted Soviet Union from an agricultural country into an industrialized country. 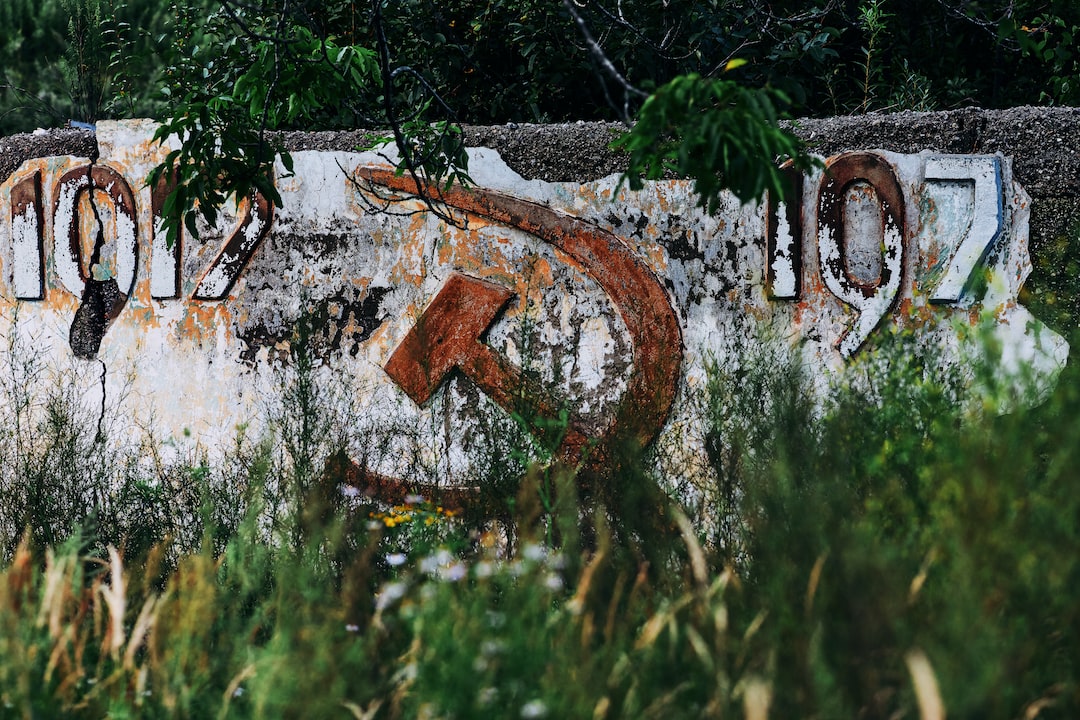 Photo by Tengyart on Unsplash