It was dusk for kilometers and bats in the lavender sky,

like spiders when a fly is caught, began to appear.

And there, not the promised land, but barbwire and barbwire

with nothing growing under it. I tried to fly that dusk

I wake and my throat is dry, so I drive to botanical gardens

to search for red fruit clutched to saguaros, the ones at dusk

I threw rocks at for the sake of slashing hunger.

But I never find them here. These bats say speak English only.

Sometimes in my car, that viscous red syrup

clings to my throat, and it’s a tender seed toward my survival:

I also scraped needles first, then carved those tall torsos

for water, then spotlights drove me and thirty others dashing

our empty bottles rattled and our breath spoke with rust.

When the trucks left, a cold cell swallowed us.

The text depicts the speaker’s experience of illegally immigrating to another country, which has a profound impact on his later life. Borders, symbolized by “barbwires,” are meant to establish a binary division between the innocent and the guilty, which is considered to be inherently unjust because the immigrants are also endowed by their creator with certain unalienable rights. The border also imposes intolerable physical conditions on the immigrants such as thirst and hunger, further undermining their human rights. The immigrants tend to idealize the country they want to enter as the “promised land,” which is ironic considering the oppressive means through which the immigrants must first encounter to enter the country. In fact, they will never be freed from the control of the immigration system and borders, and the oppression from the immigration police will always root in their minds in their later lives. Furthermore, the text explores the trauma the immigrants experience even decades after the illegal crossing, which is primarily embodied by reliving the physical pain permanently and cyclically. The trauma is aggravated by the intersectional discrimination dilemma the immigrants face due to both nationality and uncertainty about lingual background. For example, it is tremendously for them difficult to identify as whether Spanish speakers or English speakers.

The speaker is in a setting of “dust” and “lavender sky”, which characterizes the land as barren and inhospitable. The analogy between the “bats in the sky” and “spiders when a fly is caught” foreshadows that the speaker is comparable to a prey awaiting the emergence of the predator, or the immigration police. By suggesting the country behind the border is “not a promised land” but merely “barbwire and barbwire,” the author challenges the immigrants’ idealistic conception of the country by exposing the contrast to the reality of oppression emphasized by the repetition of “barbwire,” which also symbolizes the government’s classification of illegal immigrants as criminals who do not deserve human rights and freedom. In the following lines, the speaker “tried to fly that dusk,” which symbolizes the speaker’s unceasing desire of freedom and the ability of “fly” over the divisive border. The Spanish words mean “saguaro blood seduces us,” where saguaro is a cactus species native to desert. The underlying message that the speaker is thirsty enough to seek water in cactus magnifies the inhuman conditions he experienced. In addition, the incorporation of Spanish demonstrates the speaker’s uncertainty about his identity and position between two cultures. Rather abruptly, the setting is transferred to the present, which exhibits that the speaker is still in close proximity to the traumatizing childhood experience. When waking up with a dry throat, the speaker is reminded of the tremendous thirst and hunger he experienced in the desert. As a result, he attempts to reconcile with his past by searching for “red fruit clutched to saguaros,” which identifies the recurring nature of trauma. Although having escaped from the desert, the experience scars him to the extent that he perpetually relives it as if “that viscous red syrup clings” to his throat, where “viscous” reinforces the inescapability of trauma. The author returns to the setting of desert and provides a detailed description of the speaker’s desperate attempt to derive water from saguaros, which involves “scrapping” and “carving.” The poem concludes with the “spotlights” locating the speaker’s group with the immigration police pursuing them, whose “empty bottles rattled,” and whose “breath spoke with rust.” These descriptions reinforce their thirst and physical discomfort and capture the immorality of borders, as the immigration police persecute people in such conditions. 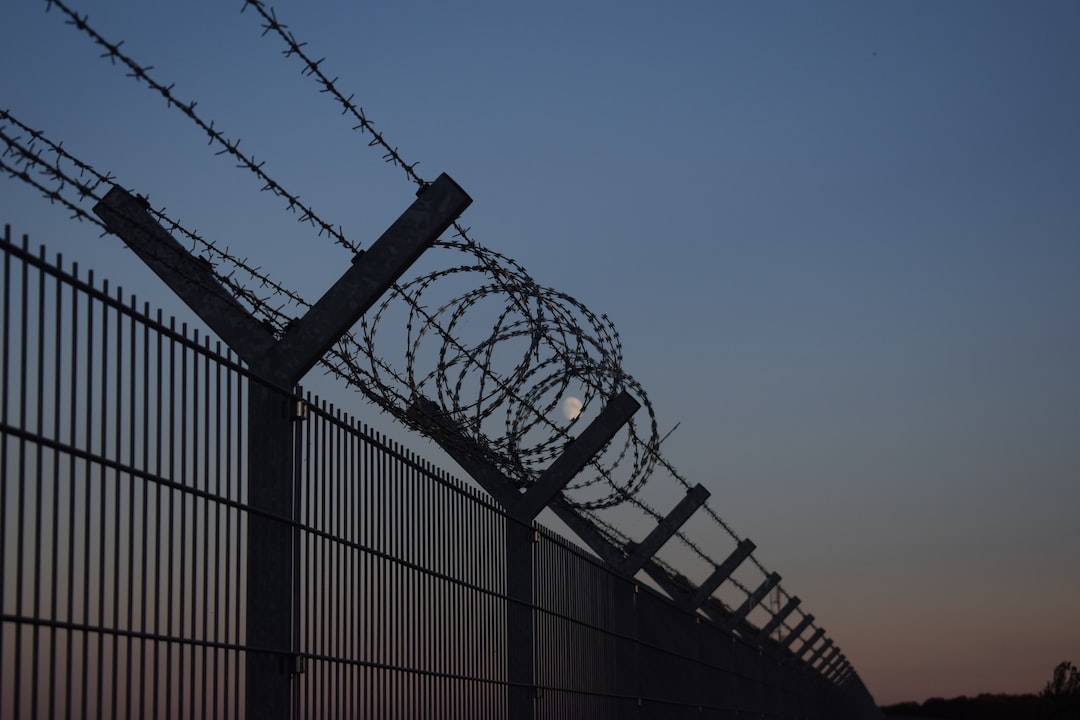 Photo by Jannik Kiel on Unsplash