If you are visiting the North and/or Northeastern Democratic Republic of the Congo (DRC), you may witness a strange animal with striped legs and a striped rump.

This animal is the giraffe’s shorter, and only cousin, the Okapi. We don’t know very much about the Okapi because of it’s shyness towards people, and their great camou-flage.


Okapis live in the dense rainforests of north and northeastern DRC. They prefer altitudes of 1600 – 3300 feet. They are an endangered species, so some of them live in protected reserves. The Okapi Wildlife Preserve was built in 1992 in the Itari Forest.


Like their tall cousins, the giraffes, Okapis have extremely long tongues. So long,
in fact, that they can touch almost every part of their body with their tongue. They have a dark, reddish-brown, velvety coat with white stripes on their legs and rump. Also, they have almost a completely white face and fur covered horns, which are just bony lumps.
(Although, adult males grow large horns.) Okapis’ tails, skulls, and horns are also like a Giraffe. However, they also have different qualities. For example: necks, coat color, legs, and height. They are about 1.5 m tall at the shoulders, 2.5 m long, and weigh up to 250 kg. They have a midnight blue tongue, large deer-like ears, and large eyes.
Okapis also have cloved hooves and have the same gait as their cousin, the giraffe.(They step with the front and rear leg on the same side.)


Okapis are master eaters and sleepers. They are herbivores, eating leaves, fruit and seeds. They are also ruminants which means they swallow their food without chewing it. Eventually, they regurgitate the partly digested food, chew it again, and swallow. Some odd things they eat are charcoal from burned trees and red clay.


The Okapi has been hunted for many years. Again, they are too solitary for people to do anything with them. They travel alone or in pairs. Their enemies include leopards, humans and many different parasitic worms. They have very sensitive hearing and can get away quickly when disturbed. An Okapi can live to be 15 or more years old in captivity.


At first the Okapi was known only by native Mbutti People. Then, word spread and at the beginning of the 20th century, Henry Stanley was told by the Mbutti pygmies about a horse-like animal they called o’api. In 1899, P. L. Sclater began to search for this animal. He never saw one, but by talking to people he assumed it must be a forest zebra. The explorer Sir Harry H. Johnston finally saw an Okapi in 1901. He decided an Okapi was actually a forest Giraffe.

Scientific Classification for an Okapi 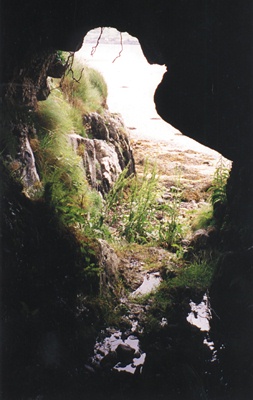 Favorite Quote:
dont give up she will talk someday my friend made this quote she is really cool cause she understands about my sister
it starts with ONE to make a differerence!!! i learned this quote at a leadership camp

ohana means family no one gets left behind

View profile
I love Okapis they are my favorite animals :) good job