Classical Worlds and Their Gender Systems

Question: Compare and contrast the classical worlds of the Mediterranean and China in terms of gender relations OR labor systems.

The Mediterranean and Asian societies were both patriarchal civilizations where the men held the most power and women acted as their inferiors. The difference between the Mediterranean and China was that in the Mediterranean, especially in the Greek/Roman, society women had more political and economic power. Though these classical worlds are both male-dominated, they both have unique societies due to their beliefs and social hierarchy.

The Mediterranean was similar to China because it was also an advanced, agricultural, and patriarchal society. Though the Mediterranean and China was advanced in its politics and education often only one minority, the white, male native born citizen, could participate in government. As an element of patriarchal societies in Mediterranean and China the status of women was insignificant, except in the household, and women were treated like property by their fathers, and later their husbands. However that does not mean that women were entirely powerless. A similarity between the Mediterranean and China was that women dominated the household and had informal emotional power over the men in the family. But unlike China, women had power outside of the household, a majority accomplishing important economic roles, especially in farming and artisan families. But as in China or the Mediterranean in law or culture females were the inferior gender. Early Roman law said, “The husband is the judge of his wife,” often allowing him to decide what kind of punishment his wife deserves if she is at fault and if the husband deems it he can sentence her to death. Furthermore, if a family is overburdened with children then the female child is killed due to their low social and economic status to the household. Though women have some influence in the economy and household, like China women are lesser then men and often face harsher consequences.

China a was highly developed civilization that like the Mediterranean restricted women in partaking in most important aspects in society, from business to politics to even education. China’s gender systems consisted of the men holding the most power and women being their inferiors due to its religious beliefs. One of China’s main beliefs, Confucianism, consisted of a society where if people were separated into different groups and each taught their own duties and powers, then society would became united and structured. One main aspect of Confucianism is filial piety and its five relationships, where both parties have specific duties to each other. In the marital bond, the wife is expected to be obedient and devoted to their husbands while the husband is expected to be the leader of the household and respect and honor his wife. In both Mediterranean and Chinese cultures patriarchalism is imbedded in its citizens from birth, leading young males to expect their future dominance and young girls to accept their inferiority. However, women gained some relief from the patriarchal society in religious functions, especially Buddhism, adding to their independence. Also, in the household women held indirect, but forceful power as the wife which shaped the activities of the family. China laid more oppression on its women than in the Mediterranean and due to double standards gave more power to the men.
Though the Mediterranean and Chinese civilizations are both patriarchies, both developed distinctive gender systems due to their own unique belief and government systems. In the Mediterranean, especially in Rome/Greece, women did not enjoy all the rights that men do, but due to economic necessity some women were active in business and controlled urban land. In China the oppression on women was stronger there than in the Mediterranean and, expect for some relief in the household and religion, enjoyed little power leaving it the men. 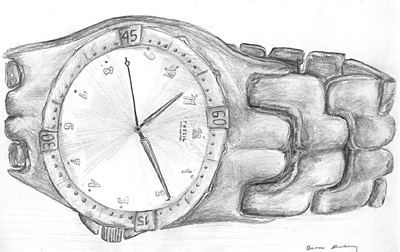 The author's comments:
This is an essay for my AP global class. No cheating.
Post a comment
Submit your own