Summary of the Health Care Reform

This reform legislation was said to help only the uninsured and poor. There was about sixty percent that said that it would make it easier for the uninsured, while fifty percent said that it would make things easier for low income families. Also forty-four percent said that it would make it more difficult for the country as a whole; less than a third of the Americans that polled believed that it will benefit their families and themselves (CSMonitor).
After many people said that they don’t understand the bill or that they are opposed to it because of personal cost of the bill, Obama mostly will use that information for a better argument. According to Deane Waldman, “ObamaCare will actually reduce access to care and explode the deficit to even more unmanageable heights,” (Deane Waldman). He believes that this reform is not a reform and that it will not help, but make things worse. The chairman of the Republican Party accused Obama of attempting a dangerous experiment that will hurt the economy and make millions drop their current health insurance (Steele Calls Obama Health Plan “Socialism”). He also says that Obama, House Speaker Nancy Pelosi and important congressional committee chairmen want to implement government-run health care and are part of a “cabal” (Steele Calls Obama Health Plan “Socialism”).
There have been two appeals courts that have issued conflicting rulings which has increased the chance of the Supreme Court taking a look at the bill. The 11th Court of Appeals ruled the individual coverage mandate unconstitutional, but separated that from the rest of the Affordable Care Act, or ACA (Supreme Court Asked to Review Challenge…), while the Sixth Circuit has found it to be constitutional (Update on Constitutional Challenges…). Basically, if businesses don’t provide insurance, they’ll be billed for not providing it. Everyone will be charged after 2014 if they don’t have insurance (Update on Constitutional Challenges…). The 11th Court of Appeals ruled against the states saying that the Medicaid expansion is constitutional, while the states were trying to get them to rule that it was unconstitutional.
The cost of the bill is going to be $940 billion over ten years. The preliminary deficit estimate was that it would reduce $130 billion of the deficit within ten years, but a new estimate says that the reduction of the deficit will be $143 billion within the first ten years and that it will reduce the deficit by 1.2 trillion dollars within twenty years. In 2012, there will be an increase in the investment income for families who make more than $250,000 per year, or $200,000 for individuals; the tax will be a 3.8 percent tax. In 2018, there will be an Excise Tax which will make insurance companies pay a forty percent excise tax on plans that are $27,500 for families and $10,200 for individuals (Health Care Reform Bill Summary). After six months of the bill being accepted, insurance companies will no longer be able to deny children with preexisting conditions (Health Care Reform Bill Summary).
This bill will affect my family, only in a positive way. We are closer to being in the lower class than anything. The fact that it will be working to give insurance to those with low income or uninsured really helps, along with the fact that dependents can be insured until they are 25 will really help my parents and I since I have several years until then. 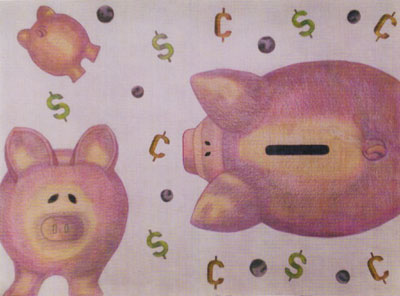 View profile
Nonfiction
The Courage and Compassion to Cope
By Anonymous