The Spanish to the Americas | Teen Ink

The Spanish to the Americas

The reasons why European organized overseas exploration are rooted in the economic changes that were occurring in the 14-15th centuries. One of these motives included the desire to acquire international goods and spices. At the time, the customary diet in Europe was poor and insufficient, consisting of simple breads and vegetables, with rare portions of fish and meat; the purpose of spices like cloves, cinnamon, nutmeg, pepper often helped the food more agreeable. Another reason was to seek new naval routes to Asia, where many spices were located, a quest that was soon proposed by Christopher Columbus to Queen Isabella and King Ferdinand. Furthermore, another motivation that led to the consent of these monarchs was also the desire to transnational expansion, to extend conquest past Europe and convert others to Christianity. Upon discovering the rich resources of America and the potential slaves, Native Americans, that existed there, Europe began an age of overseas explorations to benefit their economy. 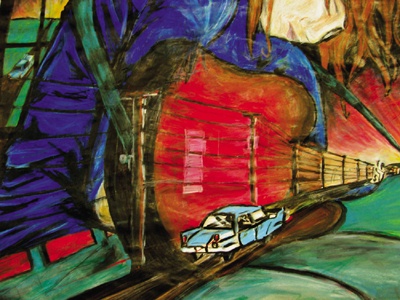 The author's comments:
H.W. # 3: Read pgs. 28-33 (to "The Spanish)
To what extent was overseas exploration a consequence of economic changes within Europe?
Post a comment
Submit your own