“I never thought I see anything like this. I been to more than 30 hurricanes’ 30 volcanic eruptions. I thought I seen everything nature can throw out, but it’s got nothing on this,” (Geoff Mackiey). Mackiey is a journalist who visits the destruction of Natural Disasters where mother nature unleashes its venom on Earth. Mackiey witnessed the 2004 Southeast Asian Tsunami that killed over 200,000 people. Tsunamis are caused by Earthquakes, which is why Tsunamis leave so much damage, so that is why scientists are trying to figure out how to predict them.


Tsunamis leave so much damage, physically and mentally, especially to the children. Temmy Maclean states “ The city is like a dumpster, dead bodies still scattered everywhere, debris still blocking the streets with possible victims of the Tsunami in those piles.” ( In the National Geographic Documentary on Tsunamis). Temmy Maclean, a survivor of the 2004 Southeast Asian Tsunami was explaining how deadly Tsunamis can be. Tsunami waves kill so many people, leaves people homeless, and also leaving people all alone.


NOAA are trying to predict Tsunamis, so there are less people being killed.The  NOAA are National Oceanic Atmospheric Administration. They are technically scientists who study near the Ocean. They are setting and testing systems in the ocean to warn us beforehand.For example one system is they put a sensor in the water. Then they put a Booie on top of the water and when a earthquake hits the Booie sends a signal to the  satellite, the satellite sends a signal to to the NOAA computers and they send a signal back to the Booie to sound a alarm to warn others. These systems help save many live, without them many people would die, Like the people from the 2004 Southeast Asian Tsunami  that killed over 200,000 people, because they didn’t have any of these systems.


Therefore Tsunamis are the worst Natural Disasters ever. Tsunamis are caused by earthquakes. They leave so much damage, mentally and physically. So many scientists are trying to figure out a way to predict Tsunamis, so there aren't as many people being killed. Hopefully scientists crack the code so we know when these murderous waves happen, it won't claim any victims and we don’t have to get ready to make another burial ground. 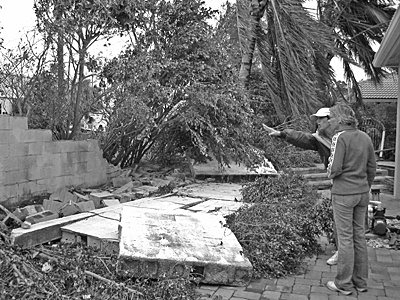