This random act of kindness is one that sticks with me no matter how many years have passed, back in 2016, me and my family had boarded a plane from India to Paris and there was this one lady sitting right behind us. I will never forget her. She was an acid attack survivor, I later discovered—her entire face was covered in damaged, corroded skin, completely distorted with lots of dried blood and stitch marks covering her bruised face. Sitting next to her was a teenage boy, he was clearly mortified by her appearance and reacted by making impulsive,rude comments to the lady, he talked about her worthlessness and how she couldn’t even stand up and look at anyone else, because she wore a shawl around her head and looked completely isolated.

Hearing all this from the front, I felt really sorry for the poor lady but deep in my soul, I’m ashamed to say that the only reason I felt bad, is because I thought she had given up in life and the incident that completely shattered her face, had paralyzed her motivation in life to achieve great things.

However, what happened next is something that caught me completely off guard, it’s safe to say it shocked everybody who was watching her. She smiled at the boy and took off the huge cream coat she was wearing to reveal her air hostess dress underneath it, she went into the cabin room and came out with a tray of drinks and snacks, serving it to the others as though nothing had happened. When she returned, she faced the dumbfounded boy and told him that his mum had asked for an air hostess to sit next to him for a while as it was his first time on a plane (sitting alone). She then talked about how she had wanted to be a pilot, but the acid attack incident had almost entirely obliterated her eye sight meaning she couldn’t conduct a plane and instead of giving up on her dreams, she fought long and hard to become an air hostess.

This is something that not only reminds me of the grace, kindness and good-heart that this lady had in order to not feel like ripping the kid’s head off, but how judgmental we human beings are and the courage and fortitude required for certain amongst us to be considered equals in society and be treated without discrimination. Almost 6 years in the running now, and as a teenager myself, this lesson has been one that has brought me long and far in quest to make friends, do well at school and most importantly do well in life.

This is my eye-witness statement and I’m proud of what this rare act of courage and more importantly, kindness ,has taught me. 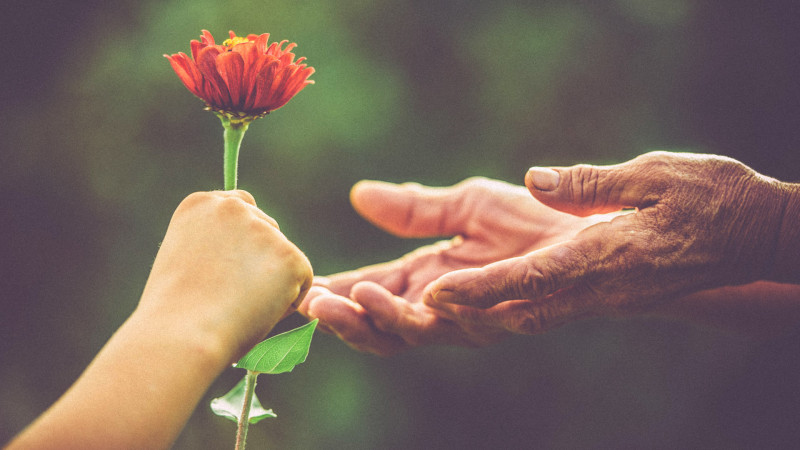 'The fragrance stays with the person who gave the rose.'