Examine the way that Adichie presents America in “The Thing Around Your Neck”. | Teen Ink

Examine the way that Adichie presents America in “The Thing Around Your Neck”.

Through her characterization of Akunna’s uncle, Adichie presents America as an unpredictable,exploitative and falsely alluring place. Akunna’s uncle initially acts as her guardian in America, he ‘picks up’ Akunna at the airport, ’shows her how to apply for a job’ and is portrayed as her only solace and someone she ‘feels at home’ with. He even gives her advice ‘America is give-and-take’. Her uncle initially acts as an embodiment of the American Dream. A man who wants the best for Akunna whilst staying a realist. Although Akunna has trouble adjusting to this foreign place, her uncle reassures her by providing safety and a helping hand. ‘He laughs and tells her that the job is good’ , and explains to her how affluent the country is, making her further believe in the intoxicating American Dream. He represents the picture perfect America that welcomes all nationalities and ethnicities regardless of background. However, the dark reality of America is soon unravelled through the sinister actions of Akunna’s uncle. He recognises and takes advantage of the naivety and vulnerability of her situation by molesting her. Afterwards, he even ‘smiles at her’ and tells Akunna ‘if you let him,he could do many things to you’. The sinister actions of Akunna’s uncle are obnoxious not only because it’s unforeseen but it’s a huge betrayal to the only connection or thread Akunna presumed she had remaining to her African heritage. This also provides new meaning to her uncle’s previous advice of America being ‘give-and-take’, the foreshadowing is eerie and clearly depicts the unpredictable nature of America and how it makes use of instability to its own advantage. Akunna has a revelation, because she understands that this unpredictability and dominance is not only found in America, but is a universal truth—the world is like this. She understands that life is filled with challenges and obstacles which she will have to overcome in order to gain independence in the world. Adichie elucidates the dark history that America has in exploitation and especially those of disadvantaged women, as Akunna’s uncle asks her ‘how do you think those women back in Lagos made it? Even women in New York City?’  In addition to this, the question of Women,Marriage and Gender roles comes into place, her uncle’s persistent use of ‘women’ highlights the gender inequality and sexism faced in America. Being a stern, resilient, and unapologetic reformist-feminist it’s no surprise that Adichie highlights this. Perhaps the female characters subsume themselves in favor of their husbands or partners and lose sight of their own identities and sense of agency in the process. Adichie exposes the dark and dangerous interior of America lying beneath its preconceived glory, and its universal resonance.

Adichie uses contrast between her presentation of Lagos and America, to suggest that America is a privileged, socially exclusive and drastically foreign place to Akunna’s home in Lagos. The car you rammed into was ‘wide’, ‘foreign’,’dark green’, and had ‘golden headlights’. The symbolism of the car serves to show how posh and dramatically different it is to all the other ones in Lagos. The ‘dark green’ color of the car combined with the ‘golden headlights’, is almost blinding and something Akunna doesn’t associate with. It’s a reflection of how upper class America is, whilst also being oblivious to others around, Adichie hints that America can be a selfish, insensitive place that’s blinded by its status. ‘Your father started to cry and beg even before he got out of the car.’ ‘The pleading was like pornography’ to the driver.The Big Man’s driver symbolises the dominance and greed that exists in America. This is what encourages them to belittle Akunna’s father and those outside their culture (Nigerians). Seeing Akunna’s father so fearful of him and pleading exhilierates his pride. For Akunna, his expressions unravel the deeply rooted social divisions that exist between the upper class (Americans) and those like her in Lagos. It instills a sense of ‘Us VS Them’, the effect of how hostile America can be to foreigners. When Akunna recounts this story to her American boyfriend, his reaction seems more sympathetic than empathetic. Akunna doesn't truly believe he understands her circumstances and perhaps finds it slightly insulting to see the way he reacts to her detailed description. ‘He pursed his lips’ and ‘held your hand’ but ‘You shook your hand free, suddenly annoyed, because he thought the world was, or ought to be, full of people like him.’ Akunna’s recollection of this anecdote was not to receive pity from her boyfriend but just to state an event that occurred to her. It’s part of her character to remember things the way they are and accept reality. Through his characterisation, Adichie portrays how America’s many privileges have made its people more pitying of other cultures, rather than sensitive to serious issues. In terms of setting, Adichie describes Akunna’s home in Lagos as having ‘unpainted walls’ and ‘not enough chairs to go round’, Lagos is portrayed as a poor country with a more tight knit community. This is in stark contrast to ‘the thirty year old house by the lake’ her uncle stays at in America. In America,everything is more developed but Adichie ironically mocks its limited knowledge of the world beyond and how self-centered the country can be.

Adichie’s narratorial voice helps readers to understand that America is a place that can be incredibly hostile. "The Thing Around Your Neck" by Chimamanda Ngozi Adichie is written in the second person. The second-person point of view uses the pronoun “you” to make the audience a character in the story. This increases the reader’s empathy with the main character, Akunna. Adichie uses a black,African American immigrant as the main character of this short story–this is biassed in the sense that Akunna is already at a disadvantage even before the story begins. In this way, Adichie is able to portray the systemic flaws present in America and how microaggressions in the country trigger feelings of hostility towards outsiders. The tone of the narration also becomes notably distant and harsh ‘They gawped at your hair. They wanted to know. Does it stand up or fall?’ when Akunna is faced with Americans. The persistent repetition of ‘They’ encapsulates the isolation Akunna feels towards America. Through Adichie’s usage of third person pronouns she shows the readers how Akunna unconsciously trains herself to disconnect from America, her cultural identity is struggling to blend with the new American ideals—and it makes it challenging for her to accept change.Being a brown Indian girl myself,who has lived in Europe her entire life, this short story resonates particularly strongly with me. The experiences of Akunna seem like echoes of my own—and gives me a profound emotional connection with the protagonist. My understanding of America and its representation in this story is more tangible because of this narratorial perspective. Moving from India to places like Denmark,Paris and Abu Dhabi has given me numerous cultural shocks and really put my identity into question. It’s interesting how, although Adichie’s target audience was probably a middle aged white man, all races can make fundamentally similar observations and understanding of how narrow-minded America can be, and the world entirely. The narrative uses contractions, and the tone is casual and conversational, creating the impression of a confession. For instance, “You didn’t mind, though, because now you would be able to cook onugbu soup with meat”. For this reason, Adichie shows us how America has hardened Akunna in a way that she becomes comfortable with accepting her reality. America has grounded Akunna—through the hardships,loneliness and experiences she faces. Instead of breaking her, the disillusionment of the American Dream pushes her to take greater independence over her life and America unintentionally becomes a tool for her to become more empowered than she was in Lagos. 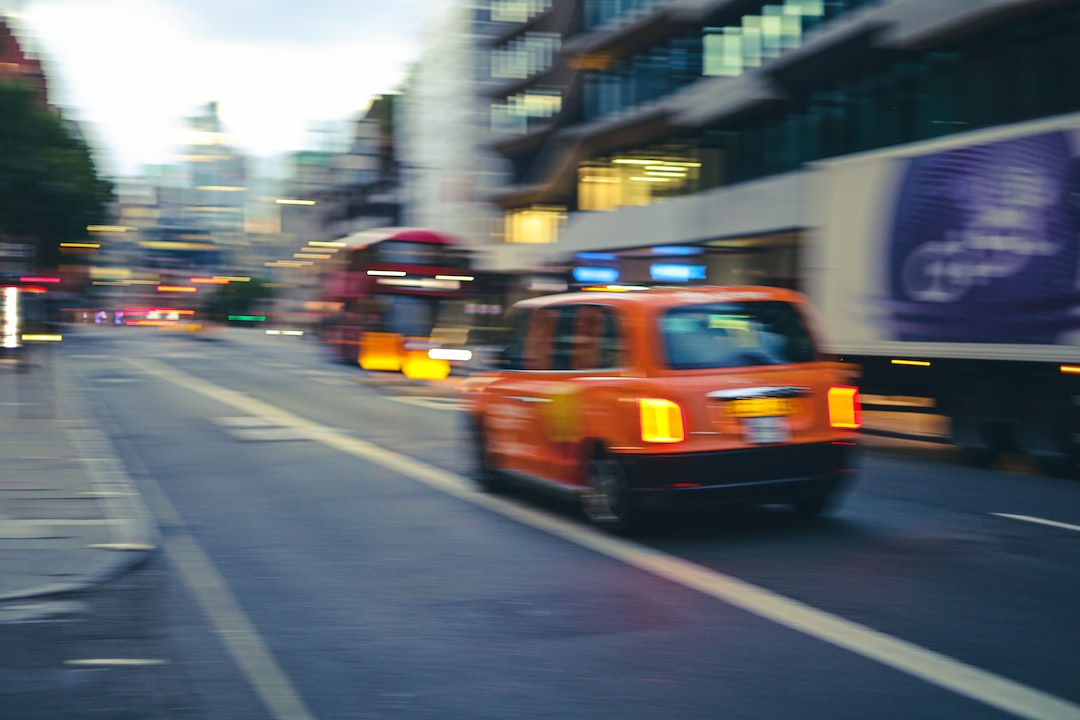 Photo by Kevin Grieve on Unsplash