My 54-year-old mother and her new boyfriend, a straight-laced, successful wine importer from the next town over, have - in only six months of seeing each other - contributed to the overturning of my domestic balance. Almost as if a carpet had been pulled out from under my feet, the immediate change left me bewildered. After 18 years of a consistent, and sometimes overbearing (yet nurturing) bond, my relationship with my mom shifted on a dime.

It is important to know that I was born to a very traditional Italian mother, and that, combined with my being an only child, meant I got a lot of attention. Her devotion to my happiness and well-being was indescribable; no misery or stress was ever too much for her. Sometimes we would argue because of what I considered her overbearing love - if, for example, a bunch of friends came back to my house, she would harass all of us to eat, even if we didn’t want to. She could be on her deathbed at two in the morning, and upset with me, but if she got word that I hadn’t had a proper dinner, she would put all aside and prepare a meal without hesitation. Our relationship, and the easy comfort of our home, never seemed to change.

Occasionally, when I was away, I would wonder if my mom were lonely. I recall feeling a strong sense of guilt, almost as if I were abandoning her, and I often hoped she would get a boyfriend to alleviate this. But she had never had another man in her life, and never went on dates; she would say, “I don’t want to waste my time.” Instead she devoted herself to me. People openly joked that she would be calling me six times a day and bringing me food when I went to college. As absurd as that may sound, it seemed very much a reality, until October when “he” came into the picture.

“He,” otherwise known as Don, began coming over for dinner several nights a week. Soon, my mom began calling him “honey,” a name previously reserved for me. Her friends would ask me, “What do you think of the boyfriend?” and I couldn’t say anything bad; he was a great guy and made my mom the happiest I’d ever seen her. Yet, that was same the reason why I couldn’t accept it. I felt like I was being replaced. Her attention was on him and I wasn’t the only guy in her life anymore.

Over the next few months I began to build up anger over this change. I continually wondered how someone so focused on our relationship could change overnight like Mom did.

I started accusing her of being irresponsible when she was out late, and insensitive when she stayed up laughing with “the boyfriend.” How could she do this to me? In a continual fit of frustration, I began to drive myself crazy. What I didn’t realize was that it wasn’t my mother’s actions, or even Don’s presence, that I resented; it was the undetected suddenness of change. I hesitated to admit that Robert Frost’s words “nothing gold can stay” were true, because the treasured domestic balance that had been my life had changed without my consent.

I tried to justify what had happened, but it took a wise man’s advice to help me find a sense of resolution. He simply stated that no change needs justification, because all change is perfect. Left perplexed and doubtful, I pondered how all change could be “perfect,” when it sometimes takes innocent lives. Then it dawned on me that change itself is not perfect in the immediate or even literal sense, but it is a key functioning part of life. Without it, a life wouldn’t be active.

I’ve since realized both that “Nothing gold can stay,” and that change doesn’t want or need my consent. I might not have liked the change my mom and I had to experience to make room for her new relationship, but it is something that has made her smile, laugh, and enjoy every day. I’ve come to understand that you don’t have to embrace change as much as you need to respect it. Change will rarely be easy, but in this case it has brought a sparkle and quality to my mother’s eyes that is better than gold. 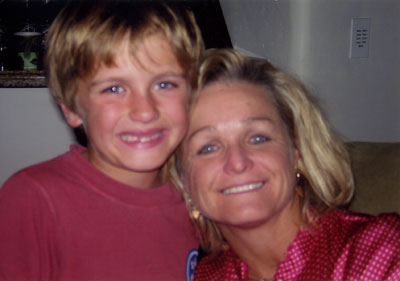