By Courtney, Pittsboro, IN

“Courtney, wake up,” my sister whispered. “Something’s wrong with Dad.”

Thinking she was kidding, I told her to go back to bed. I was not prepared for what happened next. This conversation began a nightmare that has never ended.

It was Sunday, March 21. I had spent it with my dad and my best friend, Amanda, shopping for a trip to Florida. That night, around nine, I had gotten off the internet and headed for bed. I was the first one asleep. My oldest sister, Kearstin, was at her friend’s house and Kayla was on the internet, as usual. The nightmare began around eleven. I heard my bedroom door open, but acted like I was asleep. I heard Kayla whisper, “Courtney, wake up. Something’s wrong with Dad.”

She finally got me out of bed and as I walked into the living room the first thing I noticed was my dad laying on the couch, his eyes closed.

“Dad, stop playing around. It’s not funny,” I yelled.

He did not respond.

Being the big sister I had to be, I told Kayla to grab the phone. Not knowing what to do, I called Amanda. Her mom answered. It was very late, so her voice was quiet.

My voice quivered, “This is Courtney. Something’s wrong with my dad, and I don’t know what to do. Can you come?”

Within two minutes Amanda’s dad, Howard, was in my driveway. I screamed at him to hurry.

Without words I pointed to the couch. He told me to call 911. I was in so much shock, it was hard to dial. A women answered and with a panicky voice, I said, “Something is wrong with my dad. We need an ambulance.”

She asked if anyone were there with me. I told her yes, and that Howard was performing CPR. The operator told me to call a family member and have them come over. I wanted to call my grandmother, but she was in Florida, so I called my aunt and uncle.

I told my aunt that I had called 911 and that CPR was being performed on Dad. She tried to comfort me and tell me that she was on her way, but I hung up. Then I called Kearstin, who rushed home.

I felt helpless standing there watching, so I asked Howard what I should do. He asked if I knew CPR. I answered that I did, but I was yelling at my dad to get up, while he didn’t respond.

After what felt like an hour, but was only 15 minutes, the paramedics arrived. Right behind them was Kearstin. My sisters and I were hysterical, so the paramedics told us to wait outside. Then my aunt and uncle pulled up. While Uncle Chris was inside, my aunt stayed outside to comfort us.

As the paramedics brought my dad out on a stretcher, I realized this was not a nightmare - it was reality. They wheeled him to the ambulance and rushed him to the hospital.

Since my mom died, I have had a fear of hospitals and I wasn’t ready to conquer this fear, so I went with Howard to his house to wait to hear about my dad. When we got there, I told Amanda what had happened and she gave me a big hug. A while later, we got a phone call from Kearstin, who said they were at the hospital, and she would call if she heard anything.

Amanda and I prayed. I could not stop my body from shaking, and my mind from thinking the worst. I tried to stay positive, but it was difficult. Thirty minutes later, Kearstin called back.

I could not say anything. Then I started to cry and scream hysterically. Without saying anything, everyone knew what had happened.

It was hard to believe that my sisters and I were actually orphans. 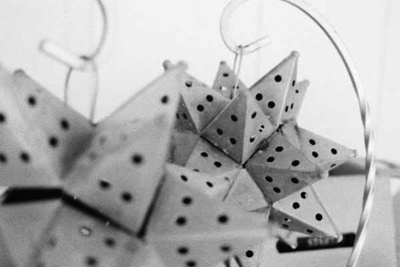 Favorite Quote:
"Be who you are and say what you feel, because those who mind don't matter, and those who matter don't mind." ~ Dr. Seuss