Setting down the last placemat with the fork and knife in the correct place, I stand and lean back, stretching my clasped hands behind me. Letting out a sigh of exhaustion, I’m happy to be done with the night’s work. The Quarterdeck has been busy this Saturday night, but I made it through. Instead of punching out and running home as I usually do, I begin saying my good-byes. School starts soon, and I will take some time off. Working five nights a week has earned me a good amount of money, but it has also left me dissatisfied since I missed out on many relaxing summer nights.

As I walk over to the waitresses to share a soda and talk, I realize I’m going to miss these people. I worked alongside them for two months and they’d become more than just co-workers; they were my teachers as well as friends. Suddenly I realize I would not have met these wonderful people if I had not taken a risk. I start to think about how nervous I was that first night I was a bus girl. Never would I have thought then that I’d gain so much.

Looking back, it’s satisfying to see how much I’ve evolved. At first I was terrified of working in such an overwhelming atmosphere and being the youngest employee. I worried I wouldn’t fit in and thought I’d be in their way. The daunting task of carrying plates and glasses all night intensified my doubts. Anyone who knows me will tell you I’m not the most coordinated person. My fears, however, quickly diminished and eventually evaporated with the encouraging words of those who showered me with incredible kindness. They always helped whether I asked or not and never stopped congratulating me on my hard work and effort.

The more I worked, the more I tried to improve, not only for my own satisfaction but others too. Every night these women worked extremely hard. They constantly had a smile, even when things were chaotic and customers rude. I repeatedly saw dedication and remarkable strength in a job that is often unappreciated. Each night I was happy with myself for completing a hard shift, especially since I had thought I couldn’t do it. But the thank-you at the end of each night made it all worthwhile. Knowing that I made the jobs of these women easier meant a lot to me. 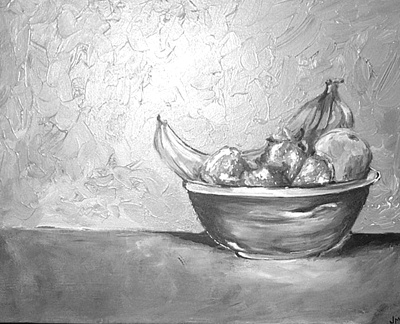