When I was in third grade, my teacher asked what we wanted to be when we grew up. Iwas the only one who gave an immediate, definite answer: a veterinarian.

As a child, I was more interested in dreaming about my future thanworrying about what games to play at recess or how many toys I had. So, when Iwas offered a volunteer position at an animal hospital last fall, I wasoverwhelmed with joy.

animals, walking the patients, cleaning the hospital, andhelping out in any way I could. One day, after four months, my eyes were openedto the realities and tragedies involved in being a veterinarian.

Whileperforming a heartworm test, the veterinarian's voice caught my attention.

"There's an emergency on the way. Everyone start gettingready." His words echoed in my head as I watched him and the vet techsfrantically looking for supplies. I was nervous and didn't know what to expectonce the patient arrived.

When the dog and her owner came in the hospital,I could see pain and sadness all over their faces. A man in his mid-thirtiescarried the dog, his pants splattered with blood from his pit bull's wounds. Hewas immediately shown to the back room, where he laid his dog on a table. Heexplained to the vet that he was playing with the dog in his back yard when allof a sudden another dog ran into their yard. Excited, his dog ran with the otherdog to the front yard and into the street. Before his dog could cross, a car hither. I cried inside as the man's voice cracked as he stared at his dog. The ownerwas led to the waiting room so the vet could try to save his dog. I decided notto stay and instead fed the birds, guinea pig, iguana, and finished filing,occasionally stopping to look in at the owner.

He was walking back andforth in the waiting room, trying to regain his composure. My mind keptwandering, thinking about the pit bull struggling to hold on, and also about myown dog. I do not know what I would do if it were my dog who was seriously hurt.

Soon the man was allowed to see his dog. The veterinarian explained theextent of the dog's injuries; she had lost a lot of blood and was becomingweaker. He told her owner that he would try to save her. The man knelt down topet and comfort her. Her whimpers gradually became softer and more painful. Asshe whined, it seemed as though she was saying, "Help me." I prayedthat she would live, even though I doubted my wish would come true.

Iglanced at my watch. It had been half an hour since they had arrived. I grabbedmy coat and walked to the front, but not before taking a last look at the dog. Iwill never forget her painful look.

That night all I could think about wasthe injured pit bull. She and her owner appeared in my mind as I tried toconvince myself everything would be all right.

At work the next day,everyone was quieter than usual. I did not see the pit bull in any of the cagesand realized that she had died.

On that January night, I experienced myfirst emergency at the animal hospital. Those events will stay with me forever asan example of an emergency - and what it takes to be a great veterinarian. 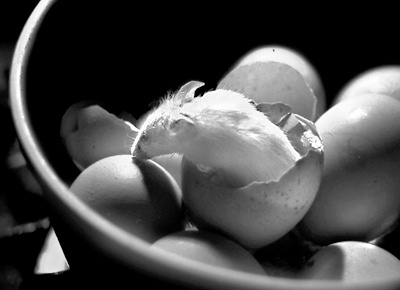 View profile
Wow...I know of some vetranarians that won't try anything if there isn't a 85% chance of it working, but they obviously never had a pet that they've loved. Or they say that they have to "harden themselves" to make the job "easier"

If you keep the compassion for animals you have,

you'll be a great vet.

It does take a lot to be a vet. A lot of people want to be vets because they want to help animals or they're not a people person. But in reality, being a vet means being able to work with people too. If you can understand that part of it, you'll do great!