As a child of eight, the prom seemed like a fairy tale.Girls in expensive dresses, guys in dapper tuxes; it was to be the most memorableand perfect night of a teenager's life. It may have been a fantasy fashionedafter "Saved by the Bell," but my active imagination never could haveenvisioned the amazing reality of it all.

The entire week before, Idreaded it. Realizing that I was not a graceful person, I almost asked my date ifhe would mind renting a movie instead. The thought, however, of my mother'sheartbreak and wrath at being robbed of a Kodak moment helped fuel the tiny bitof courage that shoved me into my dress.

The fateful day arrived, and itrained. For the first time in my life, I was grateful for my straight hair, asthose with curly hair looked with horror at the frizz atop their heads. Afterfour hours of preparation, I managed to undergo a metamorphosis from a plain JoMarch into a maiden worthy of attending Cinderella's ball. Ready early, I waitedin a nervous state of irrepressible energy.

My boyfriend arrived, and Icautiously journeyed down the stairs to meet him. I was finally able to draw abreath again when his warm smile greeted me. My parents stood armed with anarsenal of film, and captured every moment from stairwell to car door. With thepaparazzi satisfied, we drove away, breathing a sigh of relief.

The promwas a milestone, perhaps because it was a gathering of all my friends duringwhich no major catastrophe occurred. True, there were annoyances, as I was seatednext to a person I despise. But even his off-color comments could not ruin thenight.

Dinner was a consolation, as it verified the old saying, "Youcan dress them up, but you can't take them out." Among the last to beserved, the males at one table became restless. Their binding attire could notfully mask the playful teenager within, and they started balancing spoons ontheir noses. Childish though it was, I was glad for it - I needed a reminder thatwe weren't on a total crash course toward adulthood.

Spoons set asideand an overcooked meal consumed, the dancing began. All the stress subsided as Ifelt every muscle relax. I began to realize the end was fast approaching. Lookingaround the room, I was mesmerized by the fact that the guys I often consideredimmature beings had the ability to act with chivalry and gentlemanly conduct.

As the last song dwindled to a close, tears filled my eyes. Whether theywere of relief or sadness, I may never know. All I knew was that my feet ached,my entire body was fatigued and I was filled with the sleepy happiness that comeswith absolute satisfaction. 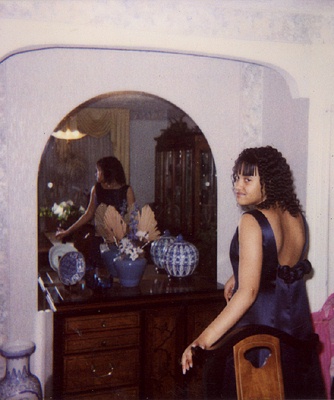