Imagine living every day in fear. Waking up in constant worry and stress. This is what Jani Silva feels every day when working in Colombia, a country considered by several sources to be one of the most dangerous countries for activists. Jani Silva leads a group of women who raise awareness about the environmental impacts of extractive industries in the Amazon rainforest. For example, oil companies are polluting rivers.  The government should protect activists like Jani Silvia, who get threatened for using their voices.

First of all, according to the Universal Declaration of Human Rights, people have the right to express themselves without being harmed or threatened. According to article nineteen of the declaration: "Everyone has the right to freedom of opinion and expression." Additionally,  no one deserves to live in fear. Jani explained, "Today, I face death threats for defending our territory, the environment, and our way of life. The armed groups in the region want to control our crops, our land, and our communities." All in all, every human has the right to express themselves and spread information peacefully without harm.

Secondly, Jani needs powerful allies. The government should defend Janis’s right to protect the environment and needs to enforce its own environmental laws on these companies to stop polluting the land and rivers with their oil extraction activities. Jani was threatened and tracked down by armed groups. Eventually, she had to leave. Jani expressed: “Living in fear, with constant anxiety, is not living. Living with oppression is not living. We need people to raise their voices and search for those who will defend the defenders."  Jani shouldn’t have to be the one to enforce the law and risk her life.

Lastly, international organizations are watching. Groups like Amnesty International are helping these situations the best they can. They started a campaign to help Jani. Amnesty has taken action by sending letters to Colombian authorities to demand change for Jani Silva to make sure she is safe. The letters ask for effective change, so Jani can do her work in a secure environment. Jani Silva explained, "From the bottom of my heart, I can say that this campaign is what has kept me alive because I've been very close to death, but it's never happened." This new campaign has happened very recently (April 2021).  Amnesty is demanding change and making sure change does happen by starting a campaign to protect activists like Jani Silva.

In conclusion, people have the right to express themselves without being harmed or threatened, and Jani Silvia needs the government to protect her and enforce its environmental laws. Supporting this campaign that has helped her stay alive and raise awareness about what companies are doing to the rainforest would be one small step that would make a huge difference. 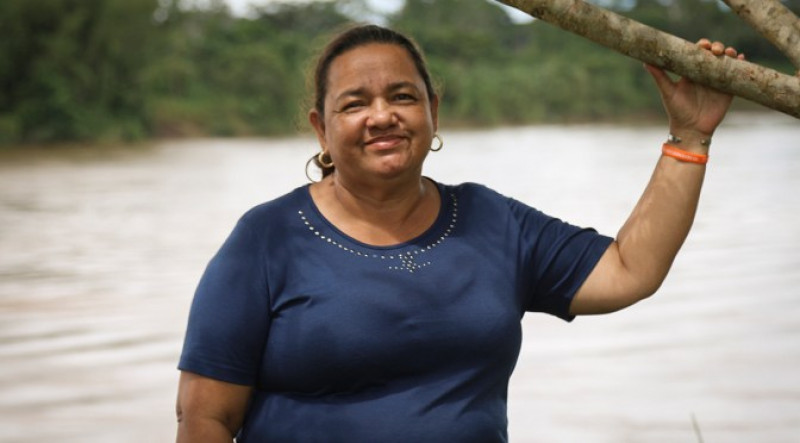