It was the end of another long, hot day at school, and I complained at the idea of an assembly. A speaker from Africa would be talking to us about life on that continent. I remember not really being interested, watching the clock.

The speaker - Thomas - was of medium height and had very dark skin. He began with a prayer and a song. I don’t know why, but while the other kids made fun of his singing, he held my full attention - and heart.

Thomas was born into a poor family with limited resources, disease, and little food or water. He lost his parents at a very young age, and had to find his way with three siblings. They usually went to bed hungry, often not eating for days. Eventually two of his siblings died of starvation, which made me feel really lucky mine are jolly and healthy. His other brother ran away in search of food, and never returned.

Thomas was left alone, completely dependent on others. He was saved by the Catholic Relief Services, which helped him with school and food. Later he was adopted by a priest and taken to America, where he went to college. There he saw the bounty of our country, the haven it was and how lucky we were. He cried seeing how much food and water was wasted, which we took for granted. “Many African children would celebrate over your food-filled trash cans,” Thomas told us, adding “Yours is a country flowing with milk and honey,” and telling us how thankful we should be for all we have.

I was so happy to see him accomplished, educated, and married and also helping others. He had never given up. His story changed my life. It was one of those moments of maturity that helps teenagers realize how many things we should be thankful for. That day, I remember coming home with a spirit of helping and thanking God and the people around me for all that I have.

After the assembly, I met Thomas. I hugged him and told him with deepest gratitude how much he helped me grow in just the 45 minutes he had spoken. It is sad to think back to when we foolish kids ignored opportunities like this, which thankfully I will remember forever. My advice is to be open and allow the story of other valuable and great human beings like Thomas become part of yours. 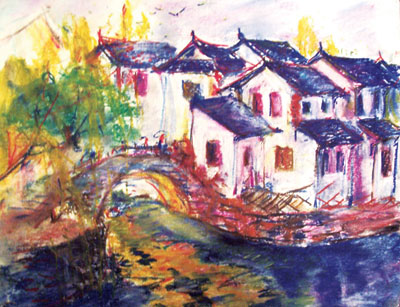