I know everyone thinks their dad is the best, but mine really does beat them all.He sacrificed all he had for me.

My father was 22 years old when mymother got pregnant. They weren't married, and she was only 19. When my motherdiscovered she was pregnant, she moved away to Tennessee without telling my dadabout her pregnancy. After I was born, her parents called my father and told himthat she'd "had a kid" and that he didn't need to worry because itwould be adopted. They didn't tell him when I was born or even if I was a boy orgirl. My dad decided he didn't want to let me be adopted, so he got a lawyer andtried to get me back. My mother had signed the adoption papers, telling theagency not to worry about the father, and so I was adopted by a couple.

When he tried to try to get me back, my father had to go against his entirefamily, who told him not to bother. He ignored them, and ended up losing theirrespect, and his respect for them. He also lost a lot of his friends. He foughtin court and became the first man in Tennessee to get his child back after it hadbeen adopted. He spent a lot of time and money and sacrificed a lot, but he saysit was worth it. After two months with the adoptive family, I finally went homewith my father [whose rights had been ended without his permission].

Hehas been my best friend and biggest fan my whole life. He would do anything tomake sure I'm happy and healthy, and he says he doesn't regret a moment. He hasbeen a wonderful father and has gained back the respect of his family, who nowadmit it was the right thing to do. He has given me a wonderful childhood andtaught me to stand up for what is right no matter what. That is why my dad is thebest ever. 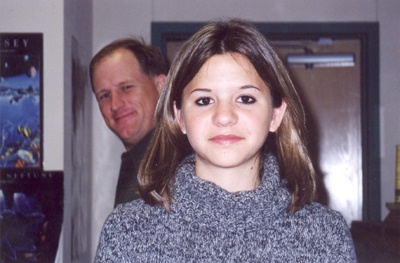