I interviewed 102 random viewers of www.stargirl-13.piczo.com/talk
And these are the answers I got.

How do you see the world? If you could change the world what would you change? Why?

“I would change everything. War, disease, hate , sorrow, the works.”

“ I see the world as a place were people hurt others and teens are the most getting made fun of.”

“ I see it as a small side life that you have to stop in before the real thing happens. Like an orientation to a new place. I have to believe there is more than where I am there has to be a better place. Oh and I would change all evil to something more tolerable and easier to live with. Because evil things change you and I want to be strong.”

“ I would stop people picking on gays they are normal people too. I’d stop global warming too.”

“ That’s a really good one! I would stop people hating others for reasons they don’t completely understand. “

“ I love school. But only because I'm good at it and some of the people are worth my time.”

What do you think is at the bottom of the ocean where nobody has been?

“ I think a whole world is at the bottom of the ocean. Places and things that have never been seen in years.”

“ I like the thought of a whole world there. I always thought there was a bug waiting to be awaken by humans. It could be evil or nice either way I believe its there.”

“ it is mysterious and nobody knows what is down there. Oh well.”

What is your all time goal in life?

“ Mine is to get my writing published and become a Psychologist.”

“ To become a published and successful writer.”

What does it mean to be old? At what age are you considered old?

“ I believe that at the age of 70 you become old. I also think that age isn't what makes you "old" I think that wisdom has a lot to do with it. To me "old" means wise.”

What was the WORST dream you ever had?

“ My worst nightmare is to have everything I've worked at taken away from me. (My poems, my education, my friends and family)”

“ my worst nightmare is a nuclear war!!! (Or something else happens to destroy the planet)”

“ being attacked by giant spiders!!!!”

“ crapping out a tape worm”

“ I don't believe in dreams, but I had one nightmare. I dreamt that my mother died! Of course it's not come true!!!”

“ I was killed by bus and it doesn’t come true. Thanks god!”

“ I always have horrible dreams I had one where the mafia stole my family then sent replacements and I had to pretend that they were my real family or else I would get shot ! The most recent horrible dream that I’ve had is when Maisie died in a fire and we found out at school ! It was awful and I told her about it and gave her a hug and said I was glad she wasn’t dead !”

“ That dream is crazy scary!”

Who is your biggest hero? (anyone at all)

“ My hero is someone who I never even met. This person helped me through so much in my life just by being there in some way or another, when I needed them. For random reasons of my own I won't say a name or anything, but I hope this person knows I'm talking about them.”

What is normal? How would you describe or define normality?

“ normal is waking up the next day knowing that your life is exactly how u wanted it even if it isn't.”

“ To me I would say normal is what works for you. What helps you move on or live your life.”

“ not everyone is normal but that’s life, you might think you are but you’re not. “

When you listen to music what do you hear? Do you hear the singer, the band, just one person, or something else?

“ Now I feel weird because I mainly hear the intruments or singer. Neither at the same time.”

“ I hear the world from another angle.”

“ I hear the guitar and the singer.”

What is your favorite season and Holiday?”

“ spring because my birthday is in that season.”

“ Christmas! We have dinner together I get to see my family members and presents!”

“ Winter, Christmas because of the gifts!”

What do you want to become in this world?

“ I want to become a psychologist who understands people. But before I can become that person, I need to understand myself and the world around me. That’s why I have this site. (I also like writing of all kinds. Poems, Books, Philosophy, and random thoughts of mine. So one day I hope I write and publish at least one thing.)”

“ I want to become a successful singer, actress, or a model...well probably not a model, but I definately want to be famous.”

What is your weirdest thought? What have you thought about that someone has told you is weird or impossible?

“ That I was living in a blue hell! Just kidding… I have no clue.”

“ I used to believe I could be anything I wanted and when I grew up someone so rudely told me “You have to have money to be something.” So people still joke about how I'm going to be something big without the work. (I'll show them!)”

Do you believe in monsters?

“ I believe in HUMAN monsters. Like creepy people or killers.”

“ I believe that some people can be monsters such as Dahmor and Bundy .”

“ Are you crazy? Monsters! Nice one!”

“ I guess I don't believe in monsters except cannibals 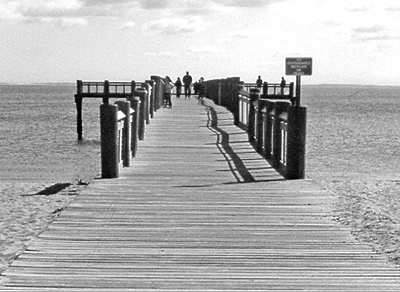 The author's comments:
My name is Angela and I am the creator of www.stargirl-13.piczo.com
Check out my site for more questions and answers. You can even answer one.
Post a comment
Submit your own

Angela said...
on Feb. 20 2009 at 1:14 am
This was the most entertaining thing I've done for this site. Those people have IMAGINATION. Hahaha