I had just fallen out of a relationship: my very first high school relationship. I remember hating how I felt after we broke up. All I could think about was what I could have done to avoid such a fate, the answer being I couldn’t have stopped the inevitable. However, my underdeveloped frontal lobe and I decided that my appearance, compared to the girl he chose over me, was obviously to blame. Until March 3rd of 2016, (my sophomore year), I had no understanding of the expectations private school had shielded me from during my education. For my entire middle and high school career until that day, I had worn a varied cycle of 7 t-shirts and 4 pairs of favorable jeans. My hairstyle had never changed, remaining a constant staple style for me, always with some decorative hair bow added in for flair. I made the unconscious decision everyday to choose comfort and simplicity over style, a fatal mistake in high school. What 14-15 year old me did not realize was that clothes and hairstyles mattered in this new environment. As I’ve come to find out, my favorite hairstyle and outfit choice which I felt so confident in had led me to earn the title of “lesbian” to my peers. I was mocked and teased because the society around me had developed a stereotype for the people like me that did not hold value in simple appearance: I was a lesbian because I had “boyish” clothes, as if a t-shirt somehow made me a “d**8”, another label they created. With my newfound knowledge, I changed. I conformed to their ways and took a mall trip in which my entire closet was wiped clean of my “lesbian” clothes and reborn with lacy bras, tight shirts, flashy thongs, and jeans that were much less than optimal. Rue 21 described the jeans I wore as “Booty-lifting magic!” because somehow it became my job to make sure my ass always looked attractive. 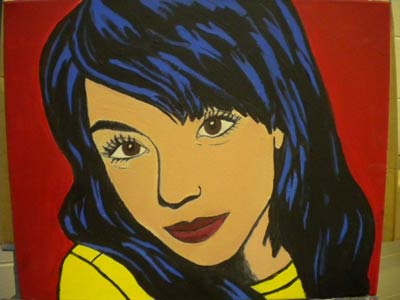 As a child, I always enjoyed dress-up. I did what one would call "girly things". I was what one would call a tom-boy, always coming home with new scrapes on my knees and grass-stains on my jeans from playing football with the guys. I knew who I was and what I wanted to do and how I liked dressing. Yet when I transitioned from my private Christian school (which I had attended since I was 1 year old) into a public high school, my entire life changed. I was ignorant to others' opinions at first, pretending I dedin't think passing groups were laughing at me. After I broke up with my now ex, I came to the realization that my appearance had an overarching relevance to why my first real relationship had failed. Like any other teenager, I was upset. Rather than saying "Screw you" to the people that tried to judge me, I said "Okay" and accepted my fate that became my outfit choices.