Mistakes, mistakes, mistakes. Everyone makes them. No one saw mine coming. Overall, I was really good kid. At fiftenn, I was sophomore in high school and a member of the National Honor Society. I played basketball and volleyball. I had, and still have, dreams of becoming a doctor. If someone would have told me that at the age of fifteen I would become pregnant, I would have said they were crazy. It's still crazy for me to believe, but it happend. April 15, 2010, was the day my daughter was born. I look at her, and it was love at first sight. It was so overwhelming a flood of emotions that I have never experienced. I loved her in a way that could only be described as unconditional. I looked at her, and in my heart I knew that I couldn't give her all the things that she needed and deserved to have, no matter how badly I wanted to. Physically, emotionally, and in every other way, I was not capable of being a mother. I knew what had to be done. Putting aside all my emotions and doing what I felt was best for my daughter, I decided to give her up for adoption. Placing my baby in the arms og her mother was the hardest thing I've ever had to do. My very soul ached. I only hope that when she gets older, she realizes how much I lover her. I love her more than te world itself 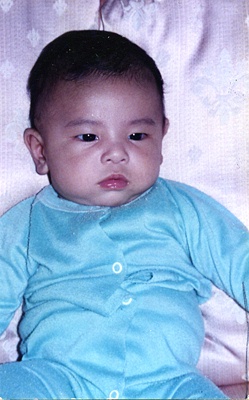 The author's comments:
This is about a friend of mine who had to give her baby up for adoption. It's dedicated to the teenage parents, it's not easy doing what you do.
Post a comment
Submit your own