I have been waiting twenty-three months for this night. This night has left its marks on me. The marks make this night look like an ephemeral hallucination. This night represents the cacophony of my entire mind, in a few short hours. I always thought my thoughts would culminate at a party. This night was truly a reason to remember, and it was no time for forgetfulness. It was not a hallucination. It was not ephemeral. It was just, me. It wasn’t my party. It was just, there.


The behavioral patterns of all human beings, and the most truthful expression of human nature, can be found at a high school party. Not the kind of party where everyone gets wasted and passes out in the yard. Let me just clear that up now, there was nothing harmful to be found there, except for us. We come out of our homes, and we tear up the town until our last memory has been made. Our last spoonful of whipped cream is in someone’s face. Our last bout has had a victor. My last thoughts have been thunk, and we all feel like we could never fade away.


I could go on and on until sleep is out of my reach about how everything that happened is all just a part of the story, and I will. The truth is, though, this is it. This is the story. This is the reason we all live, is to experience, to live out our own story. At the end of each chapter, each day, we look up at a star-dotted sky, feel the breeze on our skin, and tell ourselves that that was one hell of a ride.


A proper mind is awoken by such nights, exhilarated by such occurrences. The sharpest mind can get jumpstarted by a simple instance of night fishing on a small dock. The best feeling in the universe is standing somewhere, looking up, and seeing a sky painted by moon, stars, and treetops. Lest we forget that an innovative mind will see a fight and analyze it to the point of justification.


A blank canvas sits in front of me, and I cover it with ideas that are feints in their own existence. They don’t say what I want them to. They say what I need to show and to say. These moments are indescribable, resolute, and anything else you could find in a Smashing Pumpkins love song.


Sail away as I have done, and see how I found myself, because I was never lost, just hidden. Sure, the way I get acted upon, I might as well be everyone’s little brother. This is my proof. This shows that no matter how terrible you can be to someone, you can still be acceptable in their eyes. No matter how terrible someone is to you, it sometimes is only right to make them happy.


When you get enough children together for enough time, things get loud. Things get broken. Above all, memories are made. People find themselves, and it is no longer just a party. It is a celebration of life in all its glory. It is a celebration of ourselves, our own ways our own times, and the collective reason why we are who we are. There is someone else inside of us, fighting its way out, and a celebration is the time when it truly shows its face, and we truly show ours. Look closely enough, and you’ll see this titan inside in everything social. So appreciate the good times as they come. Fight the bad times like you won’t get another chance, because you really won’t. Put on a seatbelt, shift into overdrive, turn up the radio and go because these are the moments, and this is the story.


I held the door open for an elderly couple as I walked out of church, at six o’clock on Saturday. The polite “thank you” was nothing short of standard. As I walked to the car, mother behind, I could only think of the rest of my night, and its dynamic. We drove the small few blocks back home, and my first reach then was to get to the front door and pick up my package. A new cell phone was waiting for me. It was just a replacement, because before then I didn’t have a working one. There it was, underneath an arrangement of tape that could be dismantled with a pen. Between neat cardboard in a less than airtight seal of plastic. Pepsi blue with silver buttons, looking so nice that just one touch could seemingly be enough to ruin it. Powered on, I tried to get everything set up correctly, placing the 4G sim card in, and the photo memory card. The photo memory card was about three years old, and no one understood why I still used it, but me. It had my secret obsessions, the ones that started twenty-three months ago. I followed all the prompts, and then went into the kitchen to get a turkey skewer, to push the sim card in right. While I did that my mother took over, trying to get it up and running. She messed up, so I would be on the phone with tech support for a while next, fixing everything, successfully.


Before I left, my mp3 player died. This would prove to make things harder later. My father drove me there early, or at least we left early, in case of traffic. I am not a very sociable person, so I suggested to wait in the car until 7, but my father abruptly went to the front of the house and rang the doorbell. 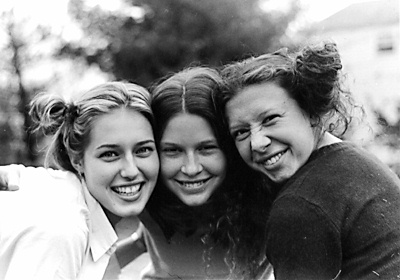 I wrote this a while ago and I've been waiting to finish it (like all my major writing projects,) so here's the first part.